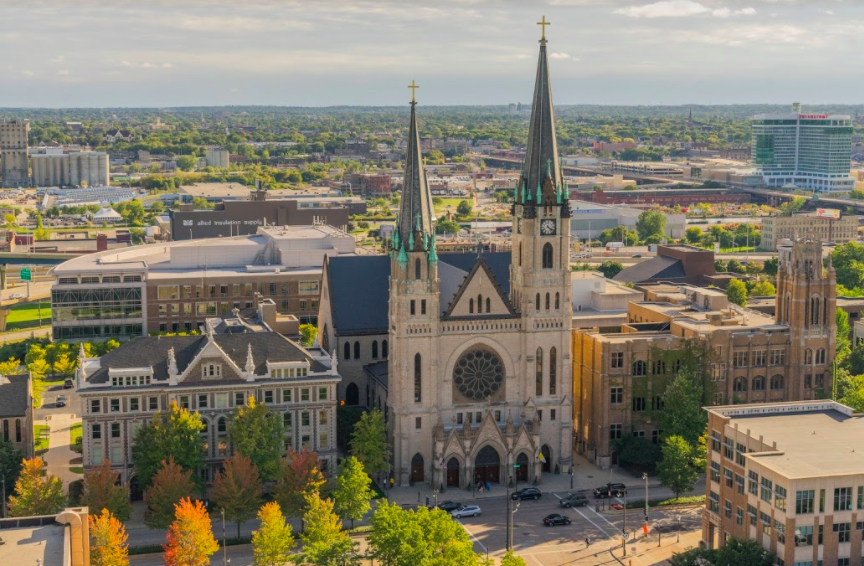 Some Marquette faculty members have expressed concerns about the administration’s financial decisions during the COVID-19 pandemic.

Marquette announced April 8 it would be furloughing employees amid economic difficulties stemming from the outbreak of COVID-19. The news release also stated that the university would be suspending university travel, reducing discretionary spending, pausing nonessential hiring and merit increases and continuing to have the vast majority of employees working from home.

The news release stated that all faculty and staff would be regularly paid through April 17. After that, about 250 employees were placed on temporary unpaid furlough.

In an email, university spokesperson Chris Stolarski said the furloughs come as a response to “unexpected financial strain” the university faces due to COVID-19.

The university is facing a $15 million shortfall due to the impacts of COVID-19.

As a result of moving classes online and closing the residence halls, “Marquette refunded a half semester’s worth of room and board costs,” Stolarski said in the email.

Stolarski said the majority of employees placed on furlough are staff members, while a small amount are “non-instructional faculty.”

Visiting professor of theology Chris Gooding said the unionization movement — formed by non-tenure-track faculty and graduate assistants — has pointed out the highest-paid Marquette administrators have not announced that they will be taking a pay cut, as some other institutions have done.

“In the midst of a pandemic, when the lowest paid workers at Marquette are being asked to shoulder all the burden and (the administration) are not taking a pay cut, it’s just unconscionable,” Gooding said.

In response to the university’s announcement about its financial decisions during the pandemic, Faculty United, a group of tenure-track faculty that sometimes work with the unionization movement, sent out an email April 13 expressing concerns regarding the administration’s decisions.

“Furloughing 250 employees without a commensurate pay cut of at least 30% for upper administrators is wildly out of proportion given: these administrators’ salary compared with other MU employees; the salaries of upper administration at our peer institutions; and the response of other universities to COVID-19,” the email said.

The Faculty United email provided statistics, which can be found on university 990 forms.

According to Marquette’s 990 forms, in the fiscal year 2018, university president Michael Lovell was paid $903,271. In that same year, Jo Ann Rooney, president of peer Jesuit institution Loyola University Chicago, was paid $646,636, according to Loyola’s 990 forms.

“Put differently, Lovell was paid nearly 40% more than the president of one of our peer institutions. Adjusting for Chicago’s higher cost-of-living, Lovell makes over 60% more than Pres. Rooney,” the email said.

Additionally, the email said that from 2017 to 2018, President Lovell received an 11% increase in salary, while former provost Dan Myers received an almost 5% increase in salary. In comparison, the email said non-tenure-track faculty receive contracts yearly with no or very little adjustment in base pay and salaries for Marquette tenured and tenure-track faculty “lag our national peers.”

Marquette non-tenure track faculty and graduate assistants have been involved in unionization efforts for more than a year. Gooding said the unionization movement runs like an official union, with membership positions and an organizing committee, but has not been formally recognized by the university and therefore cannot yet engage in the process of collective bargaining.

“Out of respect for the dignity of each individual, all furloughed employees will retain their current medical, dental and vision insurance, and Marquette will pay both the employer and employee portions of their insurance premiums during the temporary furloughs,” the April 8 news release said.

Additionally, the news release stated that all tuition remission benefits and accumulations of sick leave and vacation time will continue while employees are on temporary furlough, and affected employees can use their remaining sick days or immediately file for unemployment compensation.

The news release said there is currently no determined end date for the temporary furloughs.

This article makes use of ProPublica’s Nonprofit Explorer, which provides access to tax returns and financial details of tax-exempt organizations.