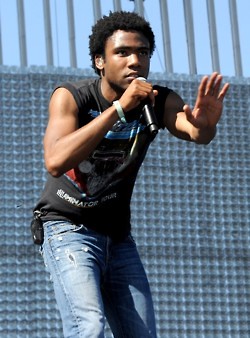 Rapper and actor Donald Glover, known in the music industry as Childish Gambino, released his latest album, “3.15.20,” March 22 after a four-year hiatus. The album title comes from the day it was originally streamed online, and the majority of the songs on the album are named after their time stamps.

The album features mostly techno-heavy tracks, along with some songs that have a gospel feel. The long-awaited album is almost a culmination of his two most popular albums, “Awaken, My Love!” and “Because The Internet,” as well as aspects from some of his other work.

The album begins with an eerie instrumental called “0.00,” and the only words in the song are “we are.” The first real song on the album is “Algorhythm,” which is very reminiscent of his earlier work. The song is catchy and includes a heavy bass, which almost hides the true message of the song: the irony in the human race and our ability to do both negative and positive things in this world. This theme is very similar to his infamous song “This Is America.”

“19.10” and “32.22” are my personal favorites off the album, along with “Algorhythm,” most likely due to the fact that they remind me of the Gambino to whom I grew up listening. There are several times where fans noted that Gambino sounded like Travis Scott, mostly in “32.22,” where it’s almost unnatural how much he sounds like him.

“Time” and “42.26” sound very similar to one another, which is perhaps one of the downfalls of this album. Several tracks sound very similar due to their techno nature, which is a shame because Gambino is a world-renowned master lyricist. In some cases on this album, the hypnotic beats almost distract from the deeper meanings of the tracks.

Perhaps the most emotional song on the album is “47.48,” which discusses the issue of violence in America, specifically around children. The track’s ending features Glover having a discussion with his son about love. However, the album has a slightly weak ending. After the emotionally tolling “47.48” comes “53.49,” which I could’ve sworn sounded just like any other song from his previous albums.

With such a long hiatus, Gambino fans would’ve expected something a little better than “3.15.20.” However, it didn’t “blow up” the way anyone expected it to. Childish Gambino truly has such great ideas for the music industry, and his lyric game is unmatched. His execution in this album just wasn’t what anyone was expecting, and I feel that if he would’ve taken a more natural approach with this album and hadn’t overproduced it, it would’ve done much better.