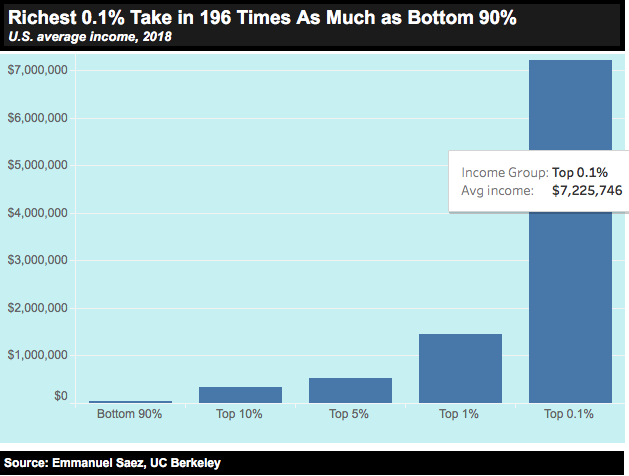 The effects of COVID-19 on our economy are clear as stocks fall, unemployment climbs, debt accumulates and fear proliferates and reverberates throughout our society.

As our grip on economic hope becomes increasingly tenuous, it begs for reflection on how we got here. It is certainly a discomforting thought to know that one of the richest economies in the world crumbled within a month of a single virus hitting its shores.

COVID-19 is just another variable that has put many people’s welfare in jeopardy while simultaneously exposing the glaring problems with capitalism in the United States. A reexamination and reformation of our economic system is warranted after it was dismantled so easily by the virus.

Capitalism is an economic system built on the idea that private business free from government regulation is the vessel for a flourishing market. This economic strategy is supposed to be conducive to wealth accumulation, competitive industries, fair prices and private property.

It is debatable to say the U.S. has championed capitalism, but the nation has definitely applied it on a bigger scale than anyone else. Worldpopulationreview.com created an economic freedom score that measures the objective freedom of economies around the world based on legislation in relation to the economy. Of countries with an economic freedom score of at least 75, the U.S. is by far the most populated at 331,002,651, while the second biggest country to meet this threshold is the United Kingdom with a population of 67,886,011.

The capitalist economy is prone to a natural boom and bust cycle, which basically means that there will be times of growth as well as times characterized by a lack of jobs and profit. A few of the most notable busts including the Great Depression in 1930, the recession of 1969-70 and the recession of 2009. With the current economic downturn due to COVID-19 that has warranted a $2 trillion government bailout —  plus capitalism’s established propensity for bust cycles — I question the efficacy of American capitalism as a system that can be conducive to creating a healthy and sustainable economy that positively serves a country as large and complex as the U.S.

For starters, philosophically, if the goal of capitalism is to promote a free and accessible economy rooted in competition, it should not be justified that our market is now defined by a small group of wealthy individuals. Individuals who make a habit of hoarding wealth, which in turn restricts competitors as well as the consumer’s ability to thrive.

These numbers allude to a massive gap in the socioeconomic sphere in the U.S. What they don’t suggest is that this wealth is adhering to any kind of trickle-down effect that would be conducive to broader welfare and a lack of polarization of wealth in our country.

It is perplexing to me that our current form of capitalism is so broadly accepted considering it fails to even exemplify one of the main foundational values it was built upon: promotion of competition. If our current form of capitalism is conducive to consolidation in almost every major industry — entertainment, agriculture and transportation — it is difficult to see how it can allow for competition.

Furthermore, for years now it has been a system that does not cater to the middle class but constantly asks it to keep the system afloat through constant spending of dollars that do not end up back in middle-class pockets. With the detrimental effects of COVID-19 on our economy, this very idea is coming to the forefront as in the president’s latest “back-to-work” plan the middle class is being asked to sacrifice its wealth and health in a desperate attempt to further enable the system that is deliberately not serving them.

The economic situation we are in right now has enabled a small group of people to amass a large amount of wealth, and because of this, they, through the inevitable power that comes with wealth, have swayed things like competition, regulation and representation. They have done this through means of highly funded lobbying. As seen with the Koch brothers, funding campaigns as seen by billionaires like Donald Sussman and by bleeding out the competition which was made notorious by Jeff Bezos and Amazon.

To me, our modern idea of capitalism is like a bag of irony that has been steeped in a cup of oppression for so long that we forgot what the drink was or why we even wanted it. The very essence of what made our capitalistic system beneficial for all has been eradicated, and this begs for regulation.

We must ask ourselves if we would rather continue to prescribe to this transient and nontransparent institution that is the self-serving 1%, or if we would rather see regulation from our democratically elected government that, fundamentally, is meant to serve the public with the goal of equalized wealth in our economic landscape.

Choose wisely — because the vast majority of us are a lot closer to becoming broke than rising to the 1%.

This story was written by Beck Andrew Salgado. He can be reached at beck.salgado@marquette.edu.