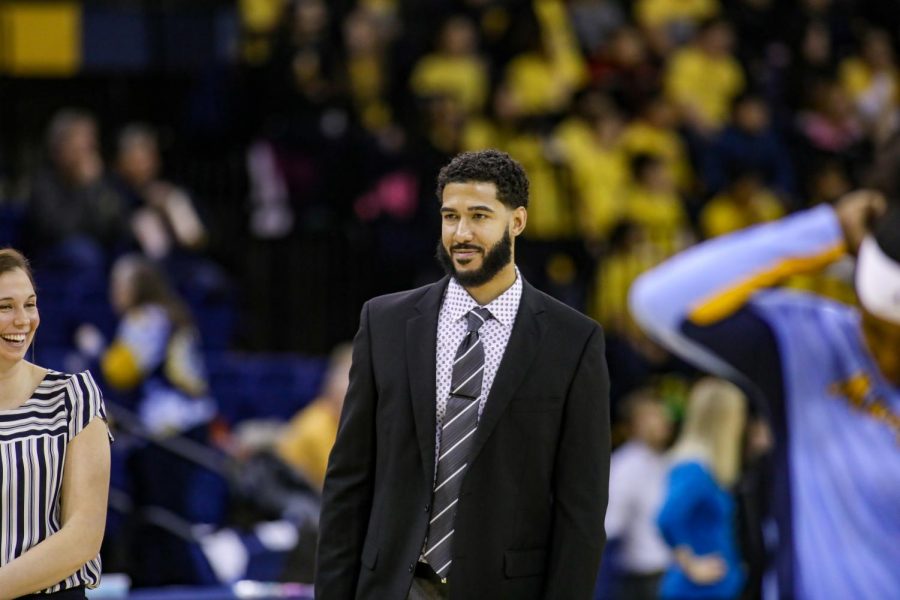 The 2019-20 season was Scott Merritt's sixth with the program. (Photo courtesy of Marquette Athletics.)

“He is a proven winner and recruiter who has played and coached at the highest levels of our game. He excels at player development and I am excited for our players to grow under his guidance. His hard-working attitude and great character make Scott a perfect fit for our Illini family,” Fahey said in the statement.

The 2019-2020 season was Merritt’s sixth with the program and first with head coach Megan Duffy. Merritt was one of two coaches retained from former head coach Carolyn Kieger’s staff by Duffy.

“Scott has been a vital piece to the success of the Marquette Women’s Basketball program over the past six years. He definitely left his Marq as a player and coach! He put his heart and soul into our alma mater and I know he will continue to do the same at Illinois,” Kieger said via email. “The Big Ten is getting one of the best coaches around. As hard as it is going to be competing against my friend, I know he will do huge things during his next step.”

Over his tenure with the Golden Eagles, he helped build MU into a national power: ranked as high as No. 8 in the AP Poll in 2019, which was the highest ranking in program history. Merritt also helped guide the Golden Eagles to three consecutive BIG EAST Championships: 2017 BIG EAST Tournament and 2018 and 2019 BIG EAST regular-season titles, which was a first for the program.

Merritt was also a four-year standout player and starter on the Marquette men’s basketball including the 2003 NCAA Final Four squad with Dwayne Wade and Travis Diener. He finished as the Golden Eagles’ all-time leader in games played (126) and ranking 30th on MU’s career scoring list with 1,049 points, 14th  with 697 rebounds, and fifth with 113 blocks.

Duffy will now look for a new coach to join her staff for the 2020-21 season.