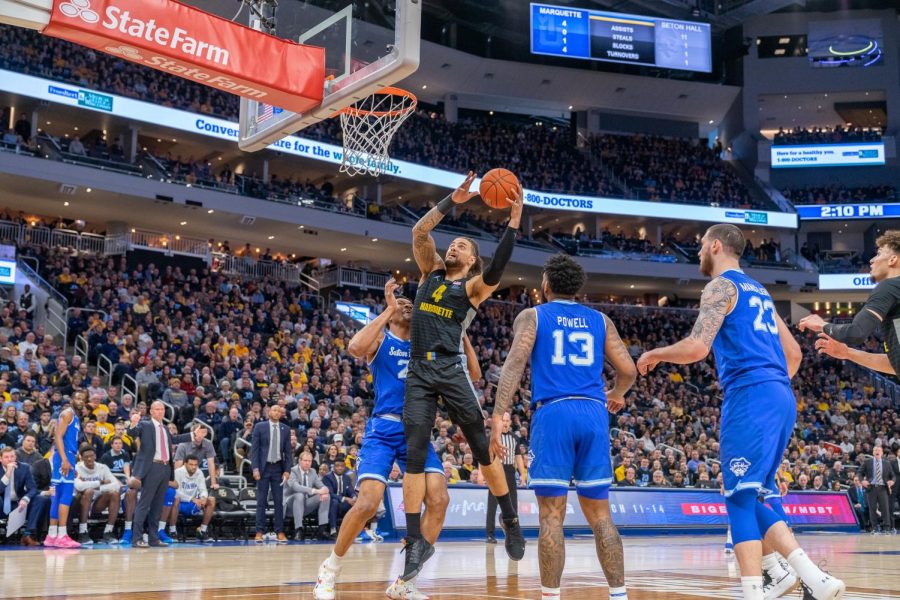 Coming from Bethlehem, Pennsylvania, Lehigh is coming off one of its worst seasons under Brett Reed, who will be in his 14th year as head coach next season. The team went 11-21 in the 2019-20 season with a 7-11 record in conference.

The Mountain Hawks were able to play their postseason games, as they defeated Loyola-Maryland in the first round of the Patriot League tournament but lost to Colgate University in the second round.

Marquette didn’t get a shot to play in the postseason due to the cancellation of the BIG EAST Tournament. Despite the Golden Eagles’ late-season skid, they were projected to make the NCAA tournament as an at-large bid according to ESPN’s Joe Lunardi’s latest bracketology.

Lehigh caught national attention in 2012 when it upset No. 2 seed Duke by a score of 75-70, led by the now-Portland Trailblazer CJ McCollum. The program, however, has not made it back to the tournament since.

The Mountain Hawks next season will be losing their starting point guard Jordan Cohen due to graduation, who led the team with an average of 14.2 points and 4.4 assists per game. Outside of Cohen, the majority of last season’s team is expected to return.

James Karnik, a 6-foot-9 junior, was the team’s leading rebounder and second leading scorer. He is poised to return for his senior season and should pose a challenge down low for a Marquette team that will not be returning Jayce Johnson due to graduation.

Marquette will also be losing its two leading scorers in Markus Howard and Sacar Anim.

This will be one of Marquette’s out of conference tests before they once again dive into another year of BIG EAST play. The date of the matchup is to be determined and has not yet been announced by the team.