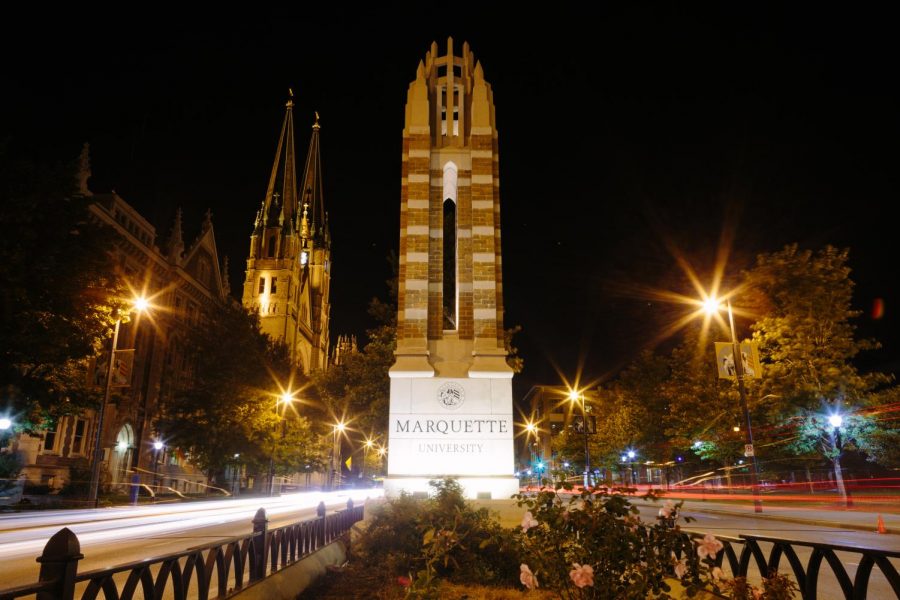 It’s been a transitional time and week for everyone in the Marquette community, especially for the students who will be spending an indefinite amount of time at home due to the COVID-19 pandemic. Though online classes are already starting, students are still finding ways to entertain themselves while getting used to the adjustment.

Mira Atkinson, a junior in the College of Arts & Sciences, said there was no point where she thought the virus may take over the world. She left campus ready to go home for her doctor appointments, fully intending to come back the next week.

“I had plans the week we were coming back from school,” Atkinson said. “I had a soccer game on Wednesday and an advising meeting.”

She said that while she was home, she traveled to downtown Chicago with her family at the beginning of spring break.

“(The coronavirus) was a thing, but we didn’t go down with the notion of being careful,” Atkinson said. “It wasn’t as crazy, and a lot of the restaurants that are normally packed weren’t packed.”

Since realizing the seriousness of the situation, Atkinson said she has spent her time at home with her two younger brothers who are still in high school. As a family, she said they are taking social distancing very seriously.

“My brothers have Monopoly and have been playing that,” Atkinson said. “They’ve been more creative, and they’ve also made TikToks.”

With online classes starting to take off, Atkinson has began to focus on them. Though she said the dog park she had been taking her dog to closed a few days ago, Atkinson added that she is still trying to stay active.

Maddy Gwinn, a sophomore in the College of Health Sciences, said she has also been keeping active and attempting new activities.

“I am trying to figure out new things to do outside,” Gwinn said. “I want to learn how to make a layer cake. I’ve got a lot of painting tools, and I am going to do a lot of knitting.”

Gwinn, who spent some of her spring break in Miami, has been adjusting back to home life in Detroit. She said she has been attempting to get ready for online courses.

“I’m trying to recreate a library in our basement and keep studying … in an intense kind of mood,” Gwinn said.

She’s been keeping herself busy through baking or taking her dogs for extra long walks. She said she found that leaving her phone upstairs has helped her to not get bored with just being on her device. She even gets fully dressed and makes her bed each morning as if she’s going out to do something that day.

Drew Miner, a junior in the College of Health Sciences, said some of his online classes have already started. For spring break, he went to visit his grandparents in Pennsylvania.

Though he has been staying busy with schoolwork and even working shifts as an EMT with Bell Ambulance, he said he finds time to spend with his family through eating dinner together and doing puzzles.

Miner said he thinks there are plenty of ways to keep busy during this uncharted time, especially by spending time outside.

“I’ve taken my dogs for walks, and that’s been a better part of my day, to feel the sun on my face and feel the wind,” Miner said.