Men’s lacrosse falls to Michigan despite late effort by Fazio 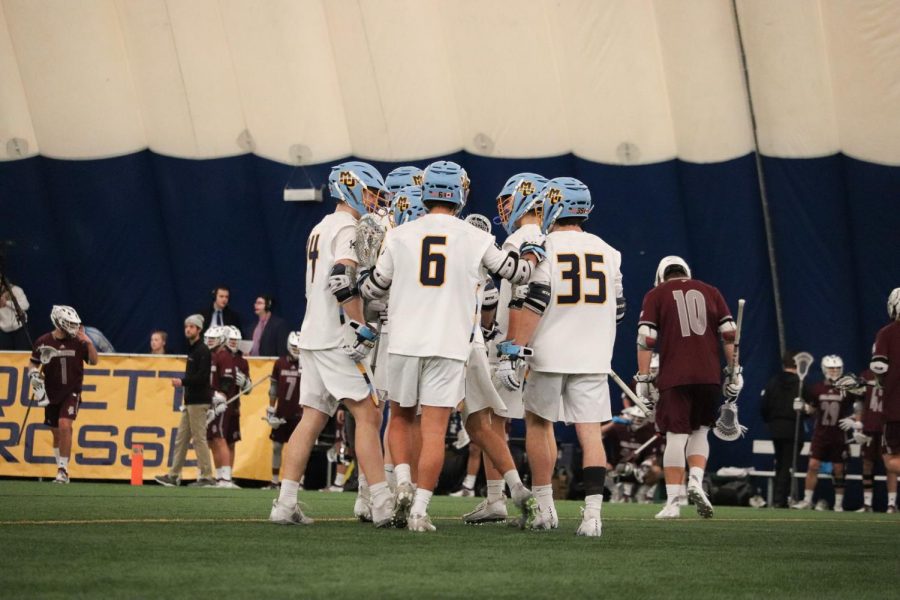 With only seconds left to play, senior attacker Ryan Fazio dished out a final attempt to tie the game but ultimately hit the goal post.

Marquette scored early with a 2-0 lead courtesy of goals by first-year attacker Griffin Fries and first-year midfielder Chris Kirschner. Michigan went on to dominate the rest of the first quarter scoring six-straight goals and led 6-2.

Marquette came out in the second frame on a 3-0 scoring run and came within one goal of tying the game. The Wolverines answered back with two quick goals. Marquette went into halftime down 9-6.

First-year attacker Devon Cowan started off the second half by finding the back of the net for Marquette. Junior attacker Keaton Thomson was able to add another goal in the third quarter making the score 9-8.

The final frame was opened up by a Wolverine goal but Marquette answered by scoring three goals in a row, tying the game 11-11.

Michigan and Marquette both score a goal respectively the rest of the way and Michigan would end up scoring the game-winner with a little over three minutes in regulation. Marquette was unable for the comeback and fell 13-12.

Cowan posted a team-best five points with two goals and three assists. Following behind him were Fazio, Kirschner and Fries who each scored twice. Holden Patterson scored one goal on the day. First-year defender Mason Woodward scored his first career goal and posted a pair of ground balls and collected three caused turnovers.

Five different players took face-offs for Marquette, going just 7-for-29 at the X.

For the Wolverines, junior midfielder Alex Buckanavage led the team with four goals and three assists.

Marquette (3-4) has a break this weekend and opens conference play against No. 9 Georgetown March 21 at Valley Fields.

This article was published by Molly Gretzlock. She can be reached at molly.gretzlock@marquette.edu or on Twitter @MGretzlock.