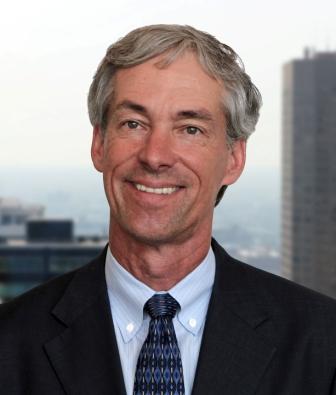 Hanley is the interim dean of the College of Business Administration. Photo courtesy of the Office of Marketing and Communication

Provost Kimo Ah Yun announced Tim Hanley is the interim dean of the College of Business Administration and will begin serving in the position March 9, according to a university news release.

Daniels died last month after being struck by a vehicle while crossing the intersection of 10th Street and Wisconsin Avenue. He was 60 years old.

Daniels was announced as dean of the College of Business Administration in January after serving as interim dean since May 2019.

“I am humbled by the opportunity to continue Joe Daniels’ great work toward reimagining business education at Marquette University, including building a new home for the College of Business Administration,” Hanley said in the release.

University President Michael Lovell announced during his university address that the College of Business Administration will have a new home at the corner of 16th Street and Wisconsin Avenue. Daniels was a large part of fundraising for that project.

The university has raised nearly $50 million toward the $70-million building, according to the release. It is primarily being funded by donors. The release states there is a desire to break ground on the project in fall 2021.

“Tim brings a wealth of business leadership experience to the college, and as an engaged alumnus who has worked closely with past deans and faculty members to advance the strategic direction of the college, he is the ideal fit to help the business school continue its momentum,” Ah Yun said in the release. “Tim will be instrumental in working closely with University Advancement to help raise funds for the new home for the college and innovation leadership programs.”

Hanley was most recently a senior partner with Deloitte, a business management consultant in Milwaukee.

“A frequent speaker at many international venues, Hanley is sought after for his insights on leading issues and opportunities for manufacturers and distributors today,” the release states. “He is consulted often on the topic of digital transformation and its implications across the manufacturing industry.”

After graduation, Hanley began his career at Arthur Andersen, an American holding company in Chicago. He served as an audit partner on many of the largest manufacturers in Wisconsin, according to the release.

This story was written by JK Rees and Annie Mattea. They can be reached at james.rees@marquette.edu and anne.mattea@marquette.edu.