10 concerts to see this March 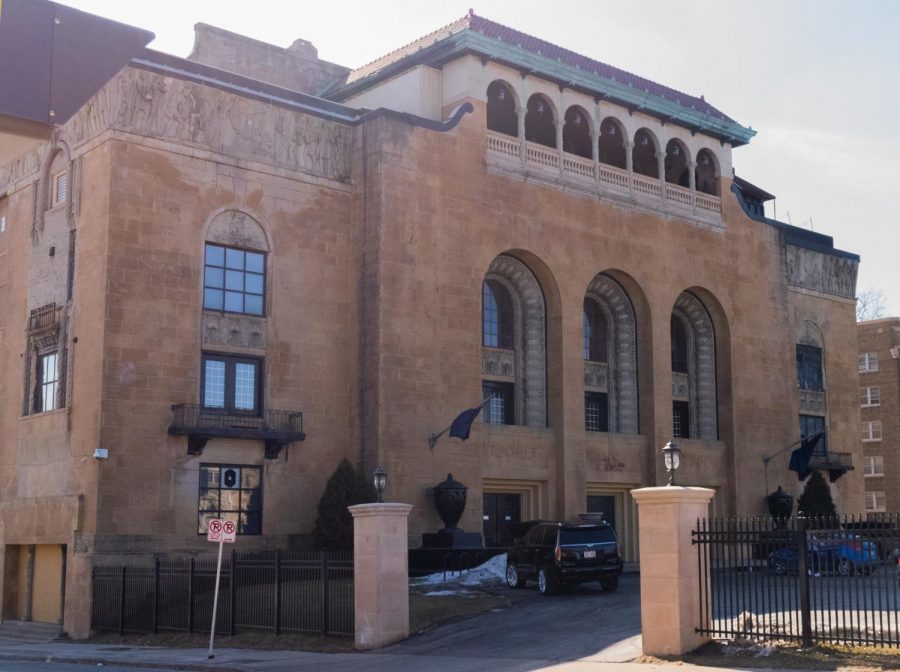 The Rave/Eagles Club, right outside of Marquette's campus, will be hosting several concerts this month, including Sixteen Candles, Lil Mosey and LANCO.

Milwaukee is a popular destination for musicians interested in sharing their art with enthusiastic audiences. In March alone, a diverse array of musicians and genres will be congregating in the city. Here are 10 concerts taking place in Milwaukee this March worth checking out.

March 6 at the University of Wisconsin-Milwaukee Panther Arena

If you are a fan of Christian hip-hop, then this is the concert to attend. TobyMac’s “Hits Deep Tour 2020” will be making 32 stops around the country, including Milwaukee. With him will be Tauren Wells, Jordan Feliz, We Are Messengers, Ryan Stevenson, Aaron Cole and Cochren and Co., all of whom will be featured in his performance.

March 7 at The Rave/Eagles Club

Ever feel like you were born in the wrong decade? Then Sixteen Candles might be the performer for you. Self-proclaimed “the ultimate 80s party band,” Sixteen Candles is a cover band that performs 80s hits. Their upcoming concert is exactly the place for nostalgics and 80s lovers who want an energetic night of fun and dancing.

The Lumineers is an electric band with a violinist among its performers. Though, they aren’t just any band — they perform folk music. They will be bringing their folk music to Milwaukee this March as one of the first stops on their world tour, in which they are featuring their emotionally charged new album “III.”

March 14 at The Rave/Eagles Club

Shortened for Lancaster and Company, LANCO is a popular country music band made up of five best friends. Their goal: making music and building an identity while performing on the road. If you want to attend, but the location of the Milwaukee concert is not in your favor, consider making your way over to Rosemont, Illinois, where LANCO will be performing the night before on the 13th.

March 15 at The Pabst Theater

Gaelic Storm is a Celtic band that has been around for over two decades and in that time has made a lot of popular rock and folk music. For anyone interested in a modern take of traditional Irish and Scottish music that will make you want to head-bang, buy tickets for the 15th. The concert is general admission, so get there early for good seats.

March 21 at The Pabst Theater

Josh Turner is a gospel singer currently making his way around the nation for his 2020 tour. Better known for his country music, Turner’s newest album “I Serve A Savior” was his first album showcasing exclusively Christian music. His song “I Saw the Light” won the GMA Dove Award for Bluegrass, Country and Roots Recorded Song of the Year. Anyone interested in attending should gear themselves up for a soulful night of award-winning country and Christian songs.

March 21 at The Rave/Eagles Club

If you are looking for something to do on the 21st and Josh Turner ain’t it, you might want to mosey on down to Lil Mosey’s Milwaukee performance at The Rave. Lil Mosey is an 18-year-old rapper and internet personality who is only just beginning to make a name for himself.

See many country music’s modern legends as they perform together on a tour across the country. Milwaukee is one of 16 stops on Shelton’s “Friends and Heroes 2020” tour, which will feature the Bellamy Brothers, John Anderson, Trace Adkins and Lauren Alaina.

9. One Night of Queen

March 25 at the Northern Lights Theater

This performance is the place to be for anyone wanting to experience a tribute to Queen by master imitators. It will be a two-hour stage show that celebrates the music and performance of Queen, performed by Freddie Mercury imitator Gary Mullen and his group, Gary Mullen and the Works.

Michael Bublé, perhaps most famous for his iconic album “Christmas,” will be making an appearance in Milwaukee at the end of March. Milwaukee will be just one of over 20 stops in his 2020 tour. And while chances are low for hearing Christmas music, you can look forward to the performance of some of his award-winning music from albums like “Love” and “Nobody But Me” — and the best part is, you can go home and listen to this music all year-round.