Law enforcement will stay at Straz Tower throughout DNC 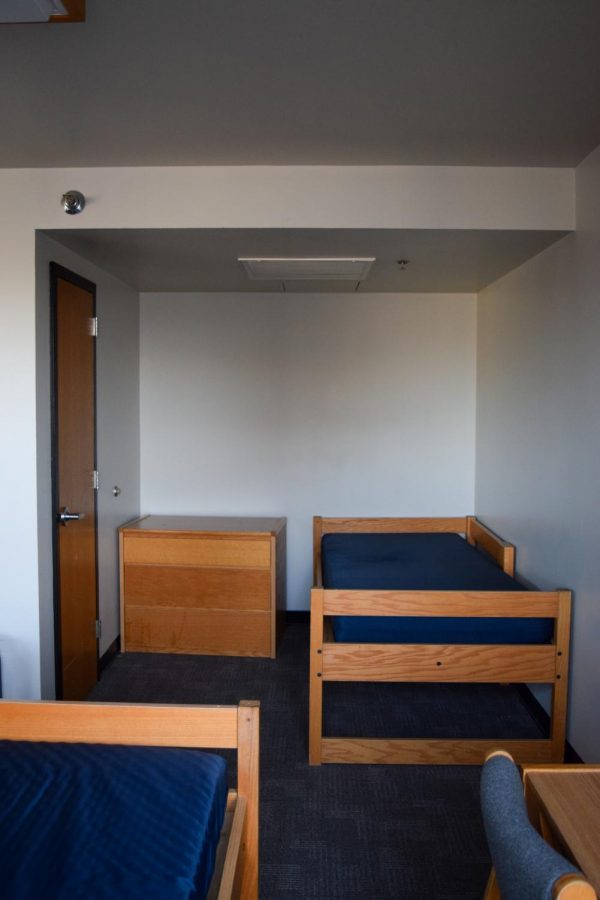 Straz Tower will house law enforcement during the DNC.

Law enforcement and media members will be staying at Straz Tower for the duration of the upcoming Democratic National Convention in Milwaukee.

They will be housed beginning the weekend prior to the convention week, July 13-16.

In January, Milwaukee Police Chief Alfonso Morales and Mayor Tom Barrett, along with members of the Democratic National Convention Committee and the Secret Service, announced a “security footprint” for the convention that will surround some of downtown Milwaukee.

“A 1-mile square radius is around the Fiserv Forum and right now a small portion of Marquette’s Campus will be in there, specifically Straz residence hall,” Mary Czech-Mrochinski said at the Feb. 27 session.

Students and faculty will be required to have a government issued photo identification card when entering or leaving the security footprint zone. Any student without DNC-approved verification credentials will not be able to enter within a two block radius of the Fiserv Forum, Czech-Mrochinski said.

She also said students who may be on campus for any reason during the convention will need to have their Marquette card displayed and may be asked to show it periodically.

How the added law enforcement presence will affect the Straz Tower Rec Plex facility hours and public access is still being determined by the Rec Plex Leadership Team. Formal changes will be communicated through Marquette Today once they are determined, Lynn Griffith, senior director of university communication and co-chair of the DNC steering committee, said.

Campus will remain operational during the convention, though Helfaer Recreation Center hours are subject to change.

Humphrey Hall and Eckstein Hall will still be designated for students taking summer courses on campus, but bed space in remaining residence halls will also be rented to law enforcement and media members for the convention, Griffith stated in an email.

“People who have already rented apartments with us already have their leases and are fine in their apartments,” Arcuri stated.

Scheduled students groups or athletic camps will not be disrupted by the DNC and law enforcement presence will take place during the entirety of the convention, Arcuri said.

John Lighthart, a sophomore in the College of Health Sciences, will be living in St. James Court Historic Apartments — one block away from Straz Tower — during the summer.

“There is some anxiety living so close to Secret Service, but it’s nothing that will disrupt my daily activity,” Lighthart said.

Lighthart is renting the apartment with roommates, and he said they all agree they are glad the DNC is coming to Milwaukee even though it might make travel more hectic around downtown.

Any university housing that is not leased to students will be rented to individuals related to the DNC.

Griffith said all the revenue generated from renting bed space to DNC visitors will be allocated to Marquette’s scholarship endowment fund.

“The Marquette University Executive Leadership Team has decided that all net revenues from the convention will go toward one of our greatest needs — student scholarships,” Griffith said.

As for campus security, MUPD security will still be active and their dispatch will not be affected by the DNC presence.

This story was written by JK Rees. He can be reached at james.rees@marquette.edu.