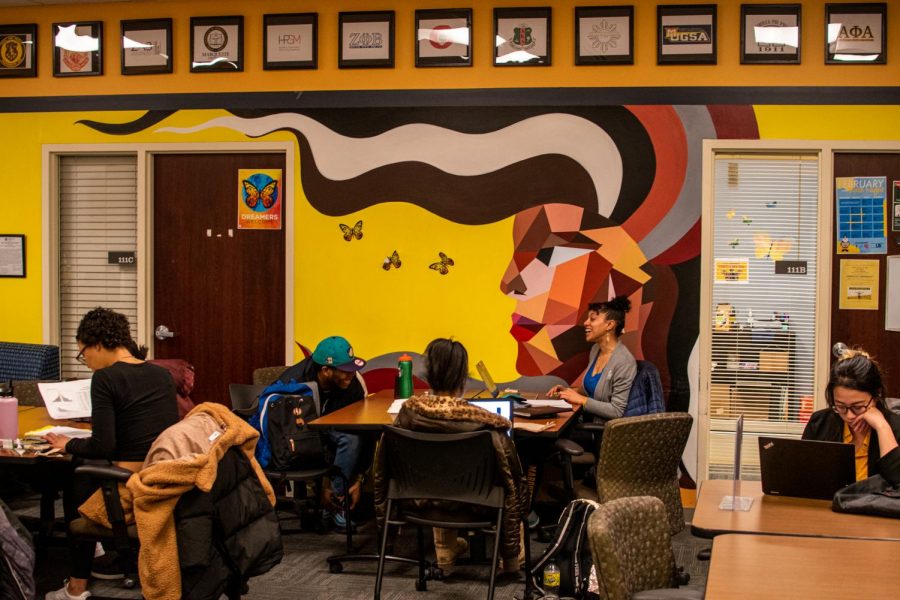 The Center of Engagement and Inclusion, located in the Alumni Memorial Union, is open to all students and provides "a space of engagement for all underrepresented and minority populations," according to Marquette's website.

Last week, all first-year students were sent an email regarding a “Diversity, Equity and Inclusion” voluntary online course.

According to the Division of Student Affairs info page on the online module, the nearly hour-long course’s primary content will be open through March 10. There will be an additional, follow-up course review set to open April 9 and will be available until April 28th

Everfi, the company that provides alcohol and bystander training for Marquette, is also providing this training.

The inspiration for this training came from students bringing up issues at the President’s Forum On Diversity, Equity, and Inclusion in February 2019. Joya Crear, assistant vice president for student affairs and the primary contact of the training module, said it was also created in response to concerns related to “several bias incidents over the past five years.”

It is unclear what these bias incidents specifically refer to.

“This is a direct response to those concerns,” Crear said in an e-mail. “This course provides all students basic knowledge around diversity and inclusion.”

The course is not required, but Crear stated that it’s “strongly encouraged. “Crear went on to state that the completion rates of part one and part two of this survey will determine whether or not the course should be mandatory.

Students are asked to complete a survey at the beginning of the course, which asks survey takers for their current beliefs, attitudes or experiences on topics such as race, ethnicity and/or sexual preferences. It also asks what students think their peers think. The survey itself states that all information taken on the survey will remain anonymous.

The course material also states that answers from this survey will then be used to help personalize a student’s experiences and will allow the university to “measure student’s attitudes and behaviors.”

The survey is then followed by a 10-question quiz, which is intended to gauge a student’s current understanding of the topics taught later in the course.

“Marquette University’s Guiding Values call on us to, ‘Nurture an inclusive, diverse community that fosters new opportunities, partnerships, collaboration, and vigorous yet respectful debate,'” university spokesperson Chris Stolarski said in an email. “It is our responsibility to provide our students with every opportunity — from day one — to understand and appreciate the value of a diverse and inclusive community.”

Stolarski also said that the university believes the course will be a beneficial tool to “guide (students) through their Marquette experience.”

Marquette is not the first university to employ such a training pilot, Crear said in an email. Universities such as the Massachusetts Institute of Technology, University of California-Santa Cruz and the University of San Francisco have done the same.

As for other Jesuit Universities, Fordham University has a “Racial Solidarity Network” training available.

A video in the course states that the overall goal is to have students “reflect on who they are, how the value of fairness or equity impacts the community and how to support a culture of mutual respect.”

After finishing Part 1, students will have the opportunity to complete part two by April 28.

The reason for the delay, according to the Division of Student Affairs website, is to allow students to reflect and implement the information they received in the first part. Crear stated that this will help Marquette determine if the course was effective.

“I absolutely support any university effort to engage our students around multicultural and intercultural competencies,” Xavier Cole, vice president of student affairs, said. Cole emphasized the importance of having such training in the early parts of an individual’s collegiate career.

Crear said students should be able to walk away from the training module with more knowledge about social identities, power, privilege, oppression and how to create a culture of respect and resources at Marquette.