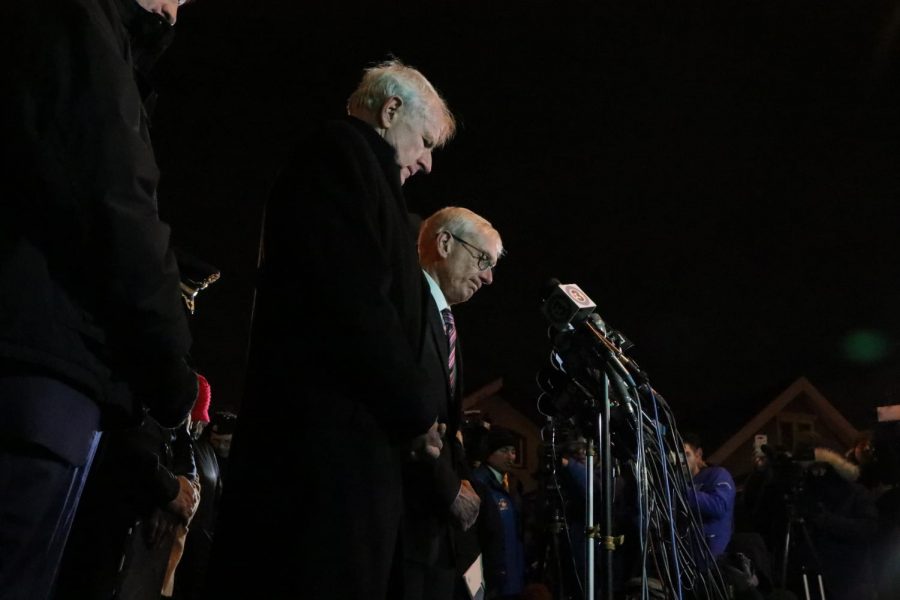 Governor Tony Evers offered his condolences at the conference.

Six people were killed at a shooting at the Molson Coors campus near the 4100 block of W. State Street, Milwaukee Police Chief Alfonso Morales said during a press conference Wednesday.

The gunman, a 51-year-old Milwaukee man, was found deceased by MPD with a self inflicted gun shot wound. All of the people killed worked for Molson Coors, Morales said.

This was the eleventh mass shooting in Wisconsin since 2004.

There is currently no threat to campus. Milwaukee University Police Department responded to the scene along with MPD and the Milwaukee County Sheriff’s Department, according to an email from MUPD.

“We offer our prayers and support for the family and friends of those affected and for the entire Molson Coors family,” MUPD Chief Edith Hudson said in the email.

Lynn Griffith, senior director of university communication, said that the Office of Marketing and Communication does not have further information.

“The Marquette family mourns with our neighbor and fellow Near West Side Partners institution Molson Coors following the devastating shooting at their Milwaukee campus yesterday,” a Thursday university news release said. “We offer our prayers and sympathies for all employees and their families, as well as for our fellow neighbors in the near west side.”

Out of respect for the victims, the release said he university has postponed Give Marquette Day to March 3.

Marquette has counseling and spiritual resources available for faculty, staff or students, the release said.

Ben Wells contributed to this report.