The Privilege of Political Apathy 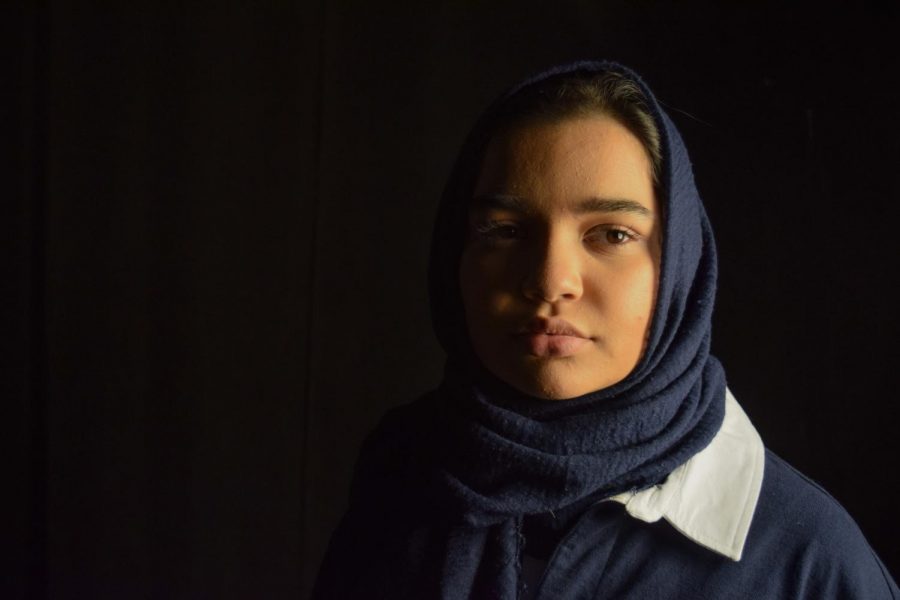 “T. E. R. R. O. R. I. S. T.” These are the harsh letters that pierce my ears and strike my eardrums as I sit on the serene Florida beach trying to soak up some sun while a man gives his opinions of the scarf on my head.

My anxiety heightens and my heart beats faster as I walk through a Transportation Security Administration detector every time I step onto an airplane, scared of the requests they might ask of me.

The pieces of cloth pinned to Muslim girls’ heads are forcefully dragged off by physical assaulters who believe they have the right to make these women fear their safety every day.

Muslim American students at the University of North Carolina at Chapel Hill were murdered on their own campus because a man believed the way they bow their head down to God differently than him was wrong and that they did not deserve to live.

These situations strike a chord in my heart, affecting my perspective on society and the issues I feel passionate about — just as the shooting of Michael Brown in Ferguson, Missouri — and other deaths of African Americans at the hands of the police influence the African American community and the Black Lives Matter political movement. The current problems at the United States-Mexico border do the same to the Latinx community because they are heartbroken when they see children forcefully taken away from their parents.

It is not a coincidence that a minority group commonly attacked by both political media circuits — like CNN and Fox News — and the U.S. president is facing anxiety, hate crimes and even death. It is also no coincidence that the number of victims in anti-Latino or Hispanic hate crimes rise 21% in the last year, according to Reuters. It is at the point where Latinx are scared of what would happen if they reported the incident.

Similarly, nobody even flinches at the fact that there is a 1-in-1,000 chance of an African American man being killed by the police, a risk 2 1/2 times higher than that of their white counterparts, according to the Proceedings of the National Academy of Sciences of the United States of America.

When minorities who live in this country see their own community members attacked or murdered for no reason other than the color of their skin or the religion they practice, they are devastated and damaged. They are forced to care about the political system in order to address the persecutions in the United States and the overwhelming condemnations made against their people.

Those who do not care about politics have the privilege of not caring about politics. They have never felt the need to talk about the current issues of the U.S. government. President Donald Trump’s words are not piercing their community or affecting the perception of worth for their people. Their identity is not under attack. Apathy is a privilege, especially when millions of minorities in this country experience hate crimes because of the ideas perpetuated by the president and the media. Both institutions have destroyed the lives and communities of various groups: Muslims, the Latinx community, African Americans and immigrants.

These people are the targets of our own president. Legal action is taken against these groups that further marginalizes them, such as stop-and-frisk policies and the Muslim travel ban. These groups are the ones that must endure the stress of waking up in the morning and wonder if family in their home country will be bombed that day. They are the ones who are fearful to walk outside past sunset because they know how others have died for doing the same innocent deed.

They lack the privilege of ignoring the problem because the second they stay quiet, another African American, Hispanic or Muslim becomes a victim of an unjust crime. At the very least, these communities are negatively affected by receiving hateful comments and at most killed in the streets at the hands of a racist and ignorant American.

The current threatening and harmful rhetoric about these groups seems to draw no care from the majority in power such as the presidential administration and others in high political positions. It is even perpetuated by the news. Those who have the power to prevent these crimes seem to be the ones creating the problem. This rhetoric treads upon the foundation of their beliefs and identities.

These minority communities live in a country that cannot accept who they are, yet they are the ones faced with the responsibility of creating a better system by marching in the streets and making their voices heard. Marginalized communities should not have to bear the burden of combatting this discrimination. The silence of the majority stagnates the progression of the U.S. Instead, they should march alongside their fellow Americans.

For every ignorant American, thousands of others must show solidarity and be attentive to the problem. Because with their help and care, the U.S. can be transformed to live up to its ideals and foster a truly collective society that emphasizes freedom, independence and equality.

Nowadays, people want to categorize politics as a touchy subject. Our generation does not want to polarize the room, so instead they choose to ignore the problem. Tiptoeing around politics makes it seem acceptable for people to not address the reality of their country. Those who believe it is “touchy” are just uncomfortable admitting their privilege in today’s society.

Do not say you do not care. Never say “let’s not talk about politics” — that’s a spit in the face to those who are forced to talk about it every day because this country believes it is acceptable to treat them as insignificant and worthless.

“The ultimate tragedy is not the oppression and cruelty by the bad people but the silence over that by the good people.” -Martin Luther King Jr.