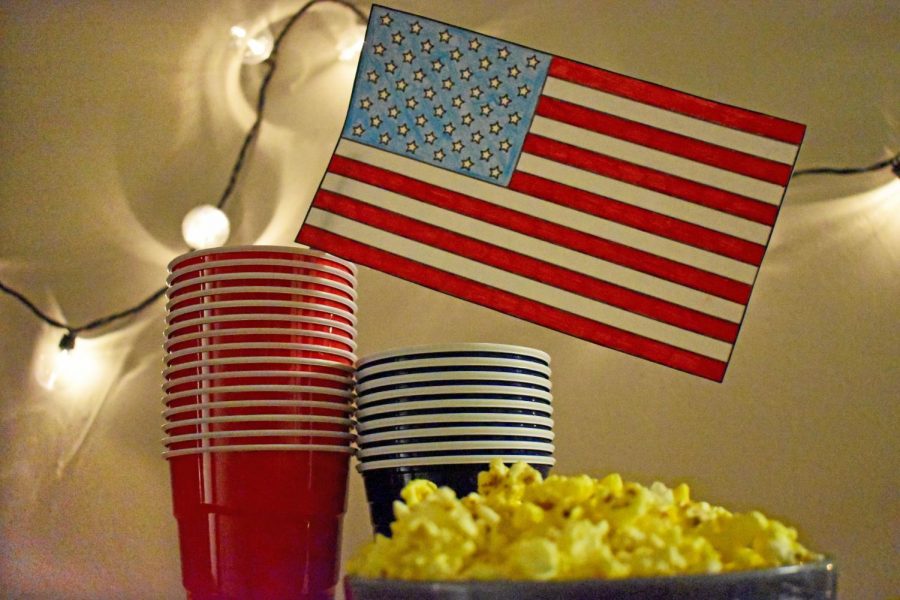 Every four years, Americans rile with excitement as they take part in deciding who their next presidential leader will be. As 2020 marks another presidential campaign in United States history, political watch parties are sure to take place across the country.

But what kinds of elements go into planning a political watch party? Food? Decorations? And with political tension rising, how can we maintain peace despite differing opinions? Several Marquette professors and students across campus share their insights for planning the best watch party.

Paul Nolette, associate professor and department chair of political science at Marquette, has attended several political watch parties during his time as an undergraduate student and as a professor in the past and shares some of his experience about what these types of events entail. He has also planned a few watch parties himself. In his entire past experiences, he says there is just one thing that makes a watch party successful: community.

“Political watch parties themselves can help generate some excitement about participation in the democratic process, and it can really get a community together,” Nolette says. “That’s a lot about what voting is — getting the community together to make judgements on policy issues and political figures.”

Nolette says that building up anticipation for the event makes it even more exciting.

“What we’ll do with these watch parties is … have some lead up to (the election) and have some events talking about the election,” Nolette says. “Then on the day itself, have a space where people, both students and professors, can come together and talk about what’s going on.”

As a professor, he shares his perspective on the educational side of a political watch party and the logistics of planning one. Nolette says that having multiple parties and views is especially important in today’s society, as there is more partisan media.

“We should try to get a variety of views there, but we also try to pick out a space that is gonna be conducive to people talking with one another,” Nolette says. “If you want to talk to some people about what’s going on … then you have an opportunity to do that.”

Nolette says students or student organizations will sometimes have their own watch parties. Although he does not know of any watch parties happening right now, he says there will probably be some this semester, particularly in April, and then definitely more as the election progresses around November. He says watch parties do not necessarily have to be formal, as there are no specific rules or etiquette that go into planning one.

“I think the idea is that you’re carving out a space where you have a dialogue about political issues, and as results come in and everything, it can be an exciting time,” Nolette says. “There’s some logistics of it, just in terms of all the nuts and bolts … things like ‘What are we gonna have for food?’ and ‘Where are the TV’s going to be?’ and ‘what are the TV’s going to be tuned to?'”

With all of the tedious details, some fun and creativity can also come out of planning or attending a watch party.

Laura Feehan, a first-year in the College of Business Administration, shares some of her ideas regarding food and decorations in her ideal political watch party.

“I would probably have popcorn, cupcakes, just snacks like that … a mix of sweet and salty. Then, I’d decorate, maybe with red, white and blue streamers or balloons,” Feehan says. “You could have like those red, white and blue popsicles or Jell-O or jars of M&Ms.”

Feehan says she would want it to be really “festive, bright and vibrant with a USA-type of aesthetic.”

Annie Kealy and Jack Patterson, a sophomore and junior in the College of Communication, respectively, also share their decoration ideas.

“I would probably put up little flags and then streamers that were a mix of red, white and blue … I would probably serve food that has to do with the candidate that plays off their name,” Kealy says.

Patterson agrees with having a USA theme.

“My main thing would be to just have a red, white and blue trifle or cake,” Patterson says.

Although he did not come up with any elaborate party plan besides other USA-colored decorations, Patterson adds, “I think you could also put up some ‘no judgement’ signs too.”

Feehan makes it clear she would not want any decorations targeted to any specific political party.

“You want everyone to be able to form their own opinions and just watch and have it be more of a community thing where you can talk about it. … Everyone’s opinion is respected, and everyone is just coming together to watch,” Feehan says.

Nolette resonates with Feehan’s idea of respecting different opinions, saying that it is one of the benefits to having a watch party.

“Just having respectful dialogue with one another is important … that’s something here, in political science, we try to emphasize,” Nolette says. “Especially since so much of that discussion out there in the world and in the U.S. is very polarized, and it can get very heated and very angry.”

Despite these possible issues, the creativity that comes with planning a watch party is endless.

“It’s fun, it’s some community, it can get some excitement, but it also plays a role in saying, ‘Look, we can disagree, but we can do so respectfully to one another and respect each others views,’” Nolette says.

This is story was written by Skyler Chun. She can be reached at skyler.chun@marquette.edu.