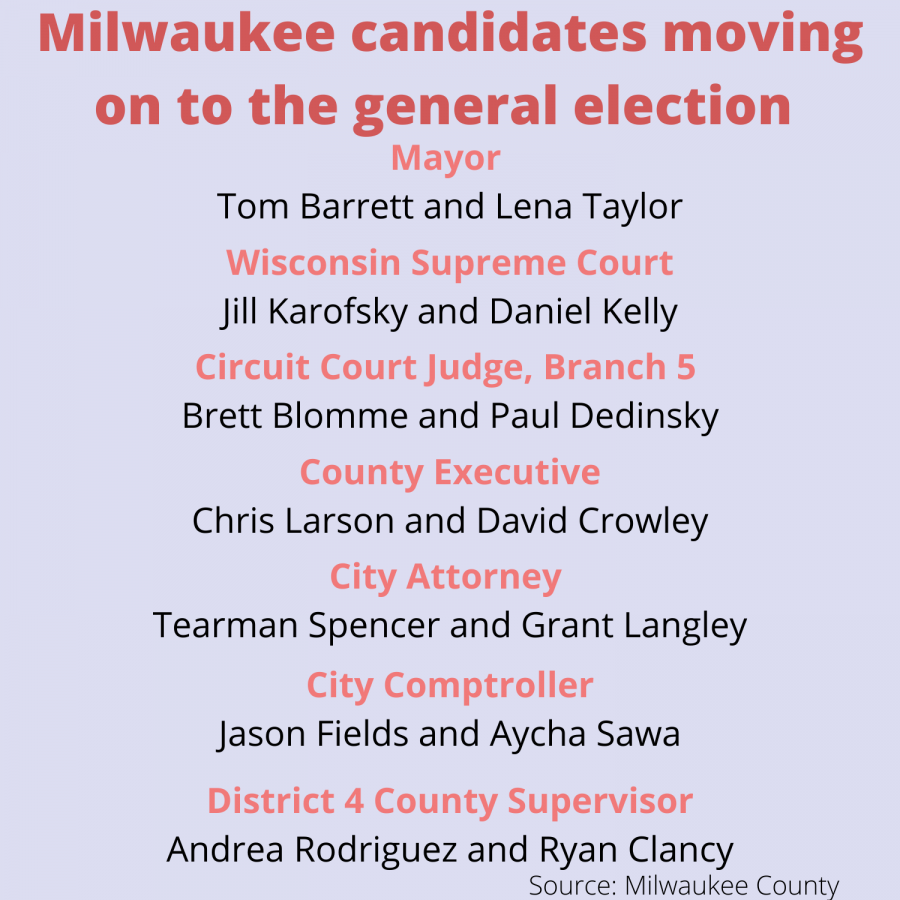 Members of the Marquette community participated in local primaries Feb. 18, voting for candidates in the Milwaukee mayoral and Wisconsin Supreme Court races, among others.

Ed Fallone, a Marquette law professor, received a little more than 25,000 votes, which was about 22%. He will not move on to the general election.

The general election is April 7.

Editor’s Note: The current results are unofficial. A canvas must be conducted and results must be certified before being finalized.