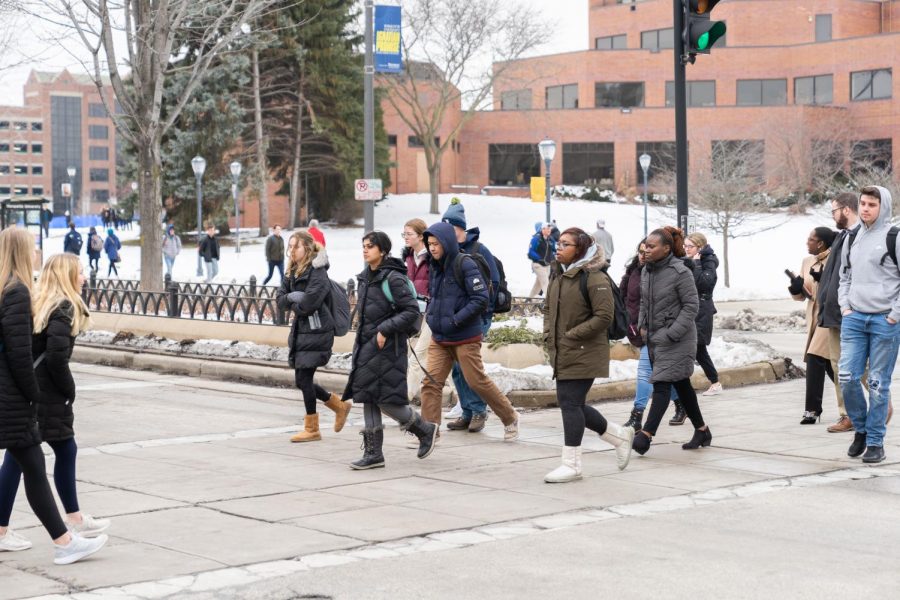 For Kate Howard, crossing the Wisconsin Avenue and 10th Street intersection near Straz Tower was never much of a worry.

A first-year student in the College of Health Sciences, Howard walks to Straz to work out in the Rec Plex nearly every day. These days, however, Howard is more concerned about the way she crosses the streets.

“Honestly, I just think about what happened and how that can literally happen to anyone,” she said.

Last Tuesday, the dean of the College of Business Administration, Joe Daniels, was struck and killed at the intersection of 10th Street and Wisconsin Avenue. Daniels was crossing the street when the woman driving the vehicle drove through a green light at a high speed. The driver was arrested for suspicion of operating while intoxicated.

Daniels was taken to a hospital where he was pronounced dead at 60 years old.

Following Daniels’ death, several students reflected on the potential danger of various crossings on Marquette’s campus. A look back at previous incidents also shows numerous injuries to university students and employees over the years from being struck by vehicles. The Marquette University Police Department announced last year that it would launch an initiative to address pedestrian safety issues such as these by the start of the school year, but it has yet to launch the program.

Three times a week, Reed Smith crosses that same intersection to get to her job at the Rec Plex in Straz.

“All the streets I started to be more cautious about, but this one in particular I’m way more because of what happened,” Smith, a junior in the College of Arts & Sciences, said.

Smith said she thinks the crosswalk lane outside of the library heading to the Alumni Memorial Union and the intersection at 12th Street and Wisconsin Avenue are dangerous, too.

After Tuesday’s news, both of Smith’s parents texted her to be careful — not just because of the news on campus, but because that same night, a pedestrian was also killed at 25th and Clybourn streets.

“Nothing has happened like that since I’ve been here,” Smith said. “I was definitely shocked and confused and became more cautious.”

Both Smith and Howard said crossing intersections throughout campus need to be safer but are unsure of how that can be done.

Last April, Marquette University Police Department announced plans for a Pedestrian Safety Initiative in a news release which was said to “take effect at the start of the 2019-2020 school year.”

The initiative has yet to be implemented on campus this academic year. It was designed to “alleviate safety concerns at intersections on campus,” the release said.

“With dedicated staff to monitor and facilitate crossing at busy intersections on campus, we can utilize our resources where they are needed most,” MUPD Chief Edith Hudson said in the release.

Trained and hired students would be “pedestrian safety specialists” and would be staffed across campus at busy intersections. They would be equipped with bright vests, whistles and hand stop signs in order to bring heightened visibility to passing motorists.

According to the release, the specialists would “focus their efforts primarily on intersections and crossing where data shows the greatest need for increased safety.”

In September 2018, a student was hit by a vehicle at the intersection of 17th and Wells streets. The student faced non-life-threatening injuries after being taken to a local hospital. At that same intersection in 2015, a student was struck and taken to a nearby hospital to be treated for serious injuries. In 2017, a hall director was struck by a vehicle on Wells Street. They were hit in their right side and broke their leg in two different spots. The year prior, a student suffered from a traumatic brain injury after being struck by a vehicle in a hit-and-run incident at the intersection of 16th and Wells streets.

“It’s something we’re still working on,” Hudson said about the initiative. “It is definitely still in the works.”

Hudson, who was sworn in as police chief in December 2018, said the campus should see the initiative “probably next semester.”

“Our campus is quite complex,” Hudson said. “Prioritizing what needs to be done and when you have limited staff is sometimes challenging.”

Hudson said that with any type of initiative MUPD wants to implement on campus, they want to have more student feedback and input.

However, Hudson said MUPD has also been prioritizing other tasks in the department, such as trauma-informed care for officers and planning safety for the Democratic National Convention, which will be held in Milwaukee in July. Hudson said she could not comment further on what safety training for the convention looks like.

“We are training our officers in trauma-informed care so we can provide more compassionate and caring services, not just to our students, but to our entire patrol zone and community that we deal with,” Hudson said.

In November, MUPD received a pedestrian grant from the City of Milwaukee that allows MUPD to work with the Milwaukee Police Department on a pedestrian task force.

“Part of the pedestrian grant puts officers out on over time to target violations that endanger pedestrians,” assistant police chief Jeff Kranz said.

Hudson said some of the feedback she first received when she was hired was surrounding safety on and around campus. Pedestrian safety was one area that many community members had concerns about. Hudson said she could not comment on particular concerns.

Hudson said there are many logistical things to consider to form the Pedestrian Safety Initiative, like how to hire students who may be interested in the position.

“There are a lot of pieces that have to come together to make this happen,” Hudson said about the initiative. “It’s not solely me saying, ‘Hey, let’s put some students out there, and let’s get this done.’ There are variety of things that we need to take into consideration.”

Hudson said that MUPD has not forgotten about the initiative, but there are just other things that need to be taken care of right now.

“Even when you have a walk signal, keep your head up,” Kranz said. “We are in an urban setting. … Look up from the phone and look around you when you’re crossing.”

Even when Blake Trembath, a sophomore in the College of Arts & Sciences, has a walk sign, he said he still waits until he sees there are no cars because he is more concerned than he was before when crossing 10th and Wisconsin.

“One thing that runs through my mind is that someone died there,” Trembath said. “It’s just dangerous.”

Trembath is a resident of Straz Tower and said he crosses what he thinks are two of the most dangerous intersections on campus, 10th and Wisconsin and the intersection closest to Sensenbrenner at 11th Street and Wisconsin Avenue, because students need to cross two lanes of traffic just to get to the bridge.

Howard said students need to pay attention, especially when crossing the bridge to Straz because “cars are just flying by.”

“Look both ways and be cautious,” she said. “You never know what can happen, honestly.”