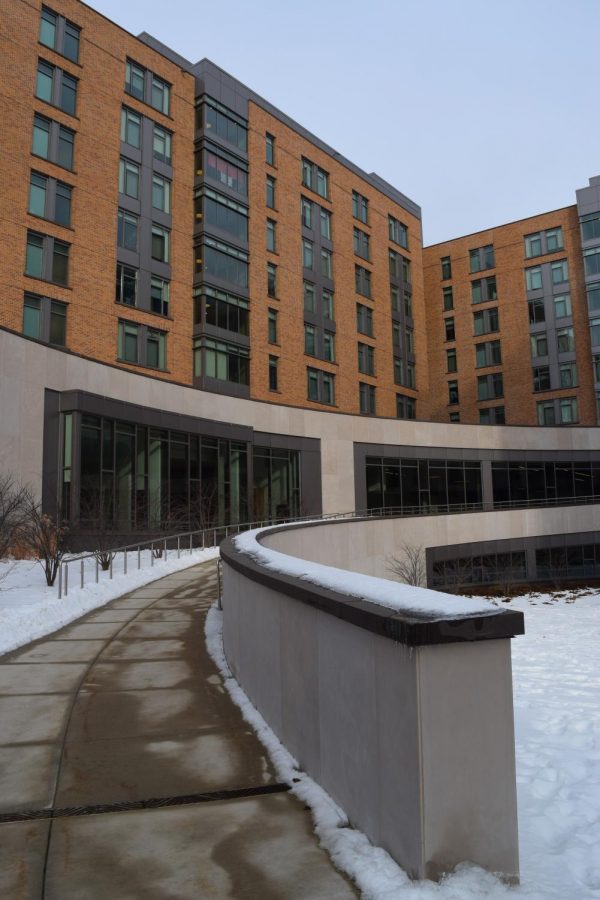 Residence Halls were to host guest for the DNC, but due to the ongoing pandemic and no more convention speeches in Milwaukee, residence halls will remain empty.

With the Democratic National Convention coming to Milwaukee July 13-16, concerns have spawned over summer housing and accessibility opportunities for Marquette students.

All residence halls are subscribed for the convention, University President Michael Lovell said in his university address Jan. 29.

However, Mary Janz, director of Residence Life, said the joint efforts between the convention and Marquette have been “an effort in collaboration with many across campus.”

“There are no anticipated challenges with housing students who want to live with us this summer,” she said in an email.

Cooper Bednarczyk, a senior in the College of Arts & Sciences, said getting a summer lease is a difficult endeavor which requires coordination and planning.

“Students are going to have to compete with DNC-goers for a spot, which kind of seems unfair since the students are paying for an education here,” Bednarczyk said.

Eric Miller, a junior in the College of Arts & Sciences, said the convention might make it more difficult for students to find summer housing.

Janz said that, as usual, Marquette offers one open residence hall for summer courses, the Freshman Frontier Program and the Educational Opportunity Program.

Mary Czech-Mrochinski, assistant vice president for public affairs, said Eckstein Tower will be the hall employed for this purpose.

“The remaining halls will be used for the DNC and managed by conference services,” Janz said in an email.

Students living in campus apartments were asked to notify the Office of Residence Life by January if they wanted summer housing, Janz said. She said any remaining apartments will be offered to conference services, which will work with the convention to assist with housing the influx of people arriving in Milwaukee for the convention.

According to Politico, the 2016 convention brought approximately 50,000 people to Philadelphia. This number includes the convention delegates, candidates, staffers and countless more who come to the convention.

According to Ballotpedia, in 2020 there will be 4,750 delegates. Of those, 3,979 will be pledged or assigned to candidates based on primary and caucus results. The other 771 delegates will be automatic delegates, commonly known as superdelegates.

Superdelegates are not bound to any particular candidate, according to Ballotpedia. They are usually high-ranking members of the party, such as former presidents Barack Obama and Bill Clinton or the 1984 Democratic presidential nominee Walter Mondale.

With so many people coming to Milwaukee, and with many of them requiring security protection, a security perimeter will be set up, Czech-Mrochinski said. She said the perimeter may provide a challenge to students on campus this summer.

“Students may incur increased travel times to and from campus and will likely need to have their Marquette ID card with them at all times to access areas on campus during the week of July 13,” she said in an email.

“The DNC might cause issues with the commotion and crowding it generates,” Cam Augustyniak, a junior in the College of Engineering, said.

Miller said people from across the ideological spectrum “will have something to say, and in a small confined area, security for the convention will be a concern.”

Czech-Mrochinski said that, as only a limited number of students seek summer housing through Marquette, the university offers up the rest of the available housing through conference services to various summer conferences and events in order to be a good partner to visitors to the city.

Augustyniak said that he thinks the convention will make it harder to find a lease in the summer, though he also feels that the benefits the city might reap for hosting such an event might outweigh the inconvenience for students.

According to the Milwaukee Journal Sentinel, Milwaukee and the 2020 convention host committee have been planning projects to improve infrastructure in Milwaukee and ensure the completion of construction projects that will help with accommodations this summer. There are also efforts to promote tourism to Milwaukee through the convention and to convince attendees to extend their stay in the city. Such conventions are rare opportunities for economic growth in a city such as Milwaukee, the article said.

However, if Milwaukee’s economic success will be anything like Philadelphia’s, the city might fall tens of millions of dollars short of projections, as the 2016 convention’s economic impact was $120 million less than expected, according to the Inquirer.

As the summer nears, Janz said that while most other campus apartments are leased for next year, there are still apartments available at the Marq.