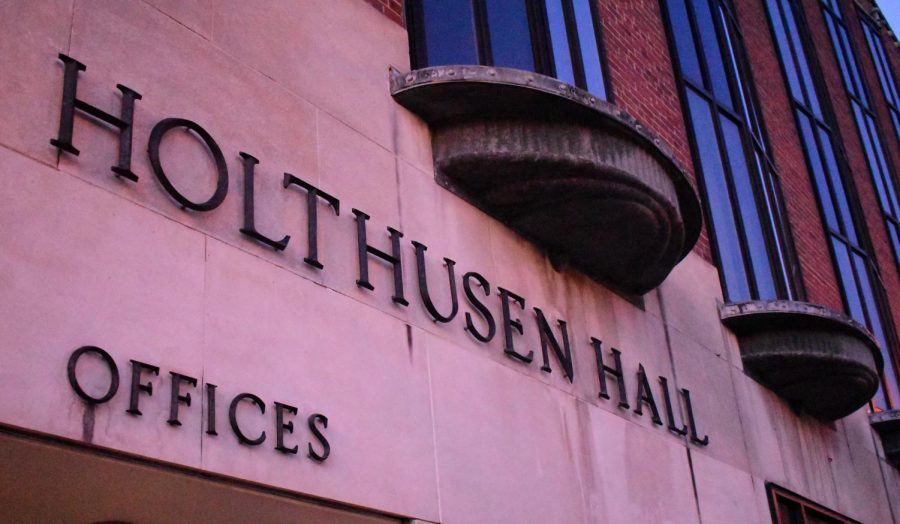 The Counseling Center, which provides therapy to students, is housed in Holthusen Hall.

At the university address Jan. 29, University President Michael Lovell announced an $8 million gift to “grow the pipeline of mental health providers in Wisconsin.”

The recent gift, which came from an anonymous donor, will endow scholarships to help Marquette graduate students who are in mental health fields, create a fund to support a distinguished professor in the psychiatric field and “fund doctoral student training and graduate fellowships in mental health.”

“The Graduate School is grateful to the anonymous donor who made this important gift possible,” Doug Woods, dean of the graduate school, said in an email. “As a university, we have a responsibility to help train the next generation of mental health professionals.”

Woods said the gift was important because it’s in a field that has the greatest need.

“There is a growing shortage of mental health care providers in the United States at a time when we’re also seeing an increase in the number of individuals who need support and treatment,” Woods said.

He said he believes that as a Catholic, Jesuit Institution, Marquette is put in a position to “address this important health care issue.”

According to an issue from Science Daily, it is stated that an increasing number of U.S. adolescents and young adults in the late 2010s, compared to the mid-2000s, experienced serious psychological distress such as, “major depression or suicidal thoughts” and even a jump in the rates of suicides. Thus creating a growing need for more mental health advocates and counselors.

Another study from Mental Health America also found that funding for the Department of Health and Human Services decreased by over $17 billion from 2017-19. The HHS is a department of the federal government with the goal of protecting the well-being of all Americans and providing essential health services, including mental health support.

“It’s very comforting knowing that Marquette is aware of the mental health needs for society as a whole,” David Chrisbaum, a first-year in the College of Health Sciences, said. “For a long time, mental health was considered a joke in the medical field. From this donation, it looks like Marquette is doing something to change that stigma and bring awareness to the importance of mental health.”

Lovell and his wife Amy have also actively worked in helping mental health in Milwaukee by founding Scaling Wellness In Milwaukee. SWIM is a collaboration within the human services, healthcare, educational and criminal justice sectors that is bringing Wisconsin to the forefront of the trauma-informed care movement

Lovell also stated in his address that the university plans to “increase its focus on student wellness.” In the short term, the university plans to increase staffing at its on-campus counseling center and, “add support staff for case management in the office of student development and provide outreach, programming, and training to address mental health and wellness awareness.” According to an article from BizTimes.

As for the long term future, the university will plan to “create a facility to holistically serve students’ minds, bodies, and spirits’ and co-locate wellness and health services in a high-traffic area of campus.”

“It just makes me really happy,” Emma Noworul, a sophomore in the College of Nursing, said. “There’s still a huge stigma around mental health, but I think that with this donation, it will allow students to feel more comfortable reaching out since there will be even more resources.”

Noworul, who expressed an interest in psychiatric nursing, said everyone deserves good mental health and feels good that the university is taking steps toward defeating the stigma around mental health.

It is unclear whether or not the donation money is connected to this potential facility.