WBB rebounds after loss to Seton Hall, takes down St. John’s on the road 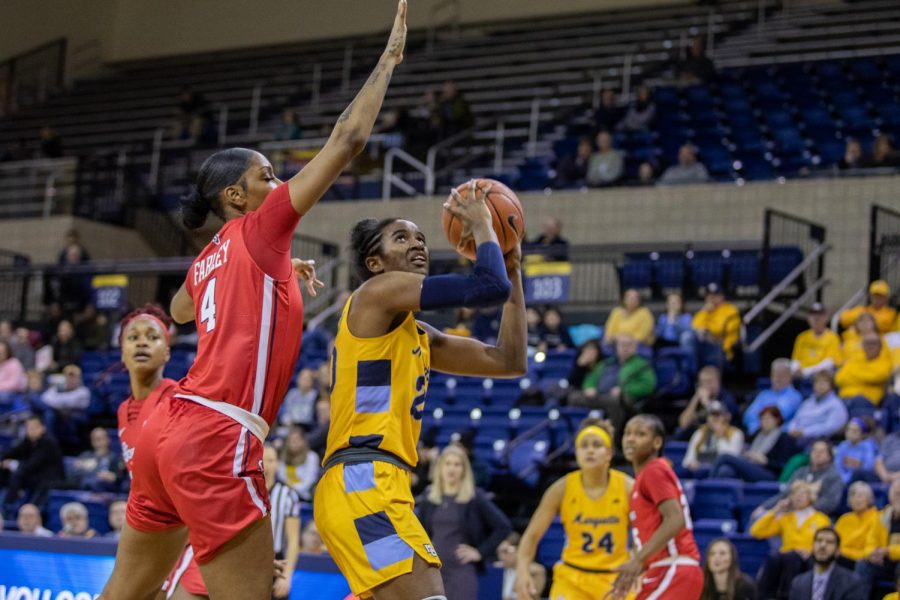 Following a season-long trend, it was the second-half performance from Marquette that won the Golden Eagles the game, outscoring St. John’s 35-25 in the third and fourth quarters.

The teams traded blows in the first half. At the end of the first quarter, it was knotted up at 20-20, with MU being led by senior Altia Anderson’s eight points in the opening frame.

Marquette got out to a hot start in the second quarter, jumping out to a 28-23 lead. But the Johnnies rallied right back and tied the score by halftime, making it 32-32 at the break.

Starting out the second half, MU stormed to a lead, using a balanced scoring effort to outscore the Red Storm 18-8 in the frame. After the third quarter, the Golden Eagles led 50-40.

Marquette was able to keep up that pace in the fourth quarter, and despite no field goals in the final four minutes, MU picked up a crucial BIG EAST win by a score of 67-57.

With the win, Marquette moves into sole possession of third place in the conference, down from its previous second-place spot. The Golden Eagles only trail DePaul (12-1 BIG EAST) and Butler (9-3 BIG EAST) in the conference standings and still have a matchup against each of those teams left on the schedule.

Next up for Marquette (18-6, 9-4 BIG EAST) is another homestand beginning with Xavier at the Al McGuire Center Friday.

This article was written by Dan Avington. He be reached at daniel.avington@marquette.edu or on Twitter @danavington.