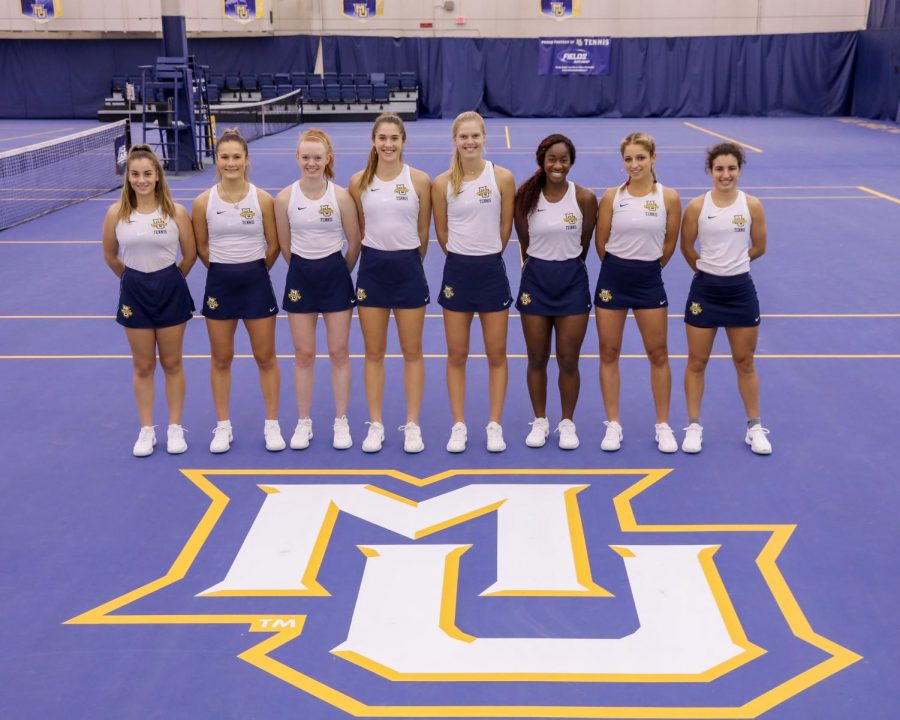 For Marquette women’s tennis, the program’s strength comes from its diverse group of players.

Eight of the nine players on the team come from countries outside of the United States: Canada, France, Australia, Serbia, Italy, New Zealand and the Netherlands.

“It has really taken a step up this year,” Bronson said. “We have four seniors and one junior, so they know what is expected (of them), so they are able to bring all the new people and make them understand what we expect.”

Junior and 2018 BIG EAST Rookie of the Year Natalija Popovic said her adjustment from life in Serbia to the U.S. was nothing new to her.

“My whole life I have been traveling around the world to different countries, visiting over 30 countries for tennis,” said Popovic. “I (am) used to the cultural differences. … It is mainly about accepting other cultures and what they believe in.”

“I was on the tennis court, and I really liked it,” Eggink said. “Once I started playing I realized that I had some talent, so I decided to play more of it.”

Eggink said her transition to Marquette was fairly smooth, and she was welcomed with open arms upon her arrival.

“It was weird, but everyone was super nice and was always willing to help,” Popovic said. “I was received very well here and people were friendly, so I got adjusted here quickly.”

Eggink and Popovic noted the positive impact Bronson has had on them and the rest of the team.

“She’s great as a coach, and she’s always positive and really wants to get the best out of you,” Eggink said. “She’s really eager because she wants to win, but she also wants you to feel happy and do the best you can and I think once you put that all together, it makes for a really good coach.”

“She is really supportive, and she believes in us and trusts us,” Popovic said. “Whether we are 6-0 or 5-0 down, she is still going to be there and still gives us the belief that we can win.”

With the recognition they have received around the BIG EAST, Eggink and Popovic still put the team as their top priority as the bond continues to grow among the players.

“It’s like a family. … It’s fun because everyone is from somewhere else … so everyone has the same experience because of the new environment,” Eggink said. “The new environment helps us have a really good connection with each other. We are a really close team, and it is really nice that we are from different areas because then we can learn a lot from each other.”