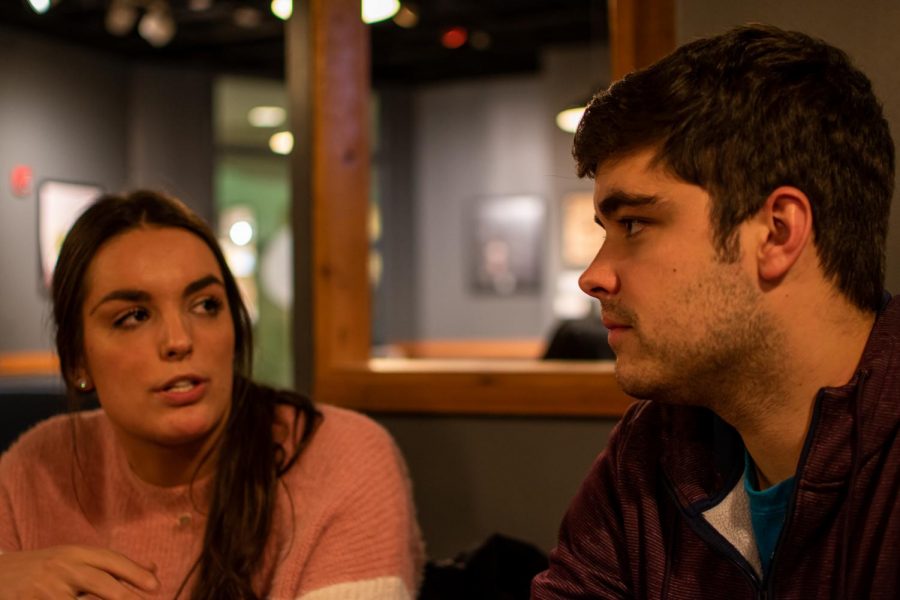 Marquette University Student Government’s Title IX committee will be drafting a recommendation this semester for a new consensual relationship policy Marquette University is considering, committee co-chairs Sara Weber, a senior in the College of Arts & Sciences, and Alex Burbach, a senior in the College of Health Sciences, said.

The Title IX office is currently drafting a policy regarding consensual relationships between students and staff.

The policy would regulate sexual and/or romantic relationships between students and staff. In such relationships where parties have differing status, there is a “potential for conflict of interest, exploitation, favoritism and bias,” Kristen Kreple, Title IX coordinator, said.

Many universities already have similar policies in place. According to Inside High Ed, a publication that covers collegiate issues, the Massachusetts Institute of Technology, the University of Pennsylvania and Columbia and Duke Universities have all adopted policies restricting relationships between staff and students within the last few years alone.

Marquette, however, has yet to put a policy in formal writing, Burbach said.

“Implementing such a policy would be a university decision that many people would work together to reach,” Kreple said in an email. “MUSG’s input on these policies will help guide the university on this (issue).”

MUSG’s Title IX committee, a task force of six senators and one member outside of student government, formed last semester with the intention of promoting Title IX and complementary resources.

First passed in 1972 under the Educational Amendments, federal civil rights law Title IX states: “No person in the United States, shall, on the basis of sex, be excluded from participation in, be denied the benefits of, or be subjected to discrimination under any education program or activity receiving Federal financial assistance.”

This prohibits acts of gender discrimination, sexual harassment and assault perpetrated by members of any publicly-funded institution.

Weber and Burbach said their biggest goal – besides drafting a recommendation for a new consensual relationship policy — was to advertise Title IX resources on campus.

“A lot of people aren’t aware of the (Title IX) resources that are already in place,” Burbach said. “Many students don’t even know we have a Title IX office or that there are specific Title IX counselors.”

Burbach and Weber also said the committee is considering incorporating Title IX promotion into a possible orientation or mandatory first and second-year resident assistant meetings though nothing has been decided yet.

“Our relationship with the university and university administration is crucial,” Burbach said.

In her email to the Marquette Wire, Kreple did not comment whether or not she had met with MUSG members since their November encounter or on the outcomes of that initial meeting.

Committee members said they have not had an initiative meeting yet this semester.

It is not clear what the committee’s recommendation will specifically entail. It is also unclear as to when over the course of the semester it will be submitted to the Title IX Office.

According to its website, Callisto is a “non-profit that creates technology to detect repeat sexual assailants.”

Both Weber and Burbach were unaware of any current plans or future aspirations to implement Callisto at Marquette.

This story was written by Nicole Laudolff. She can be reached at nicole.laudolff@marquette.edu.