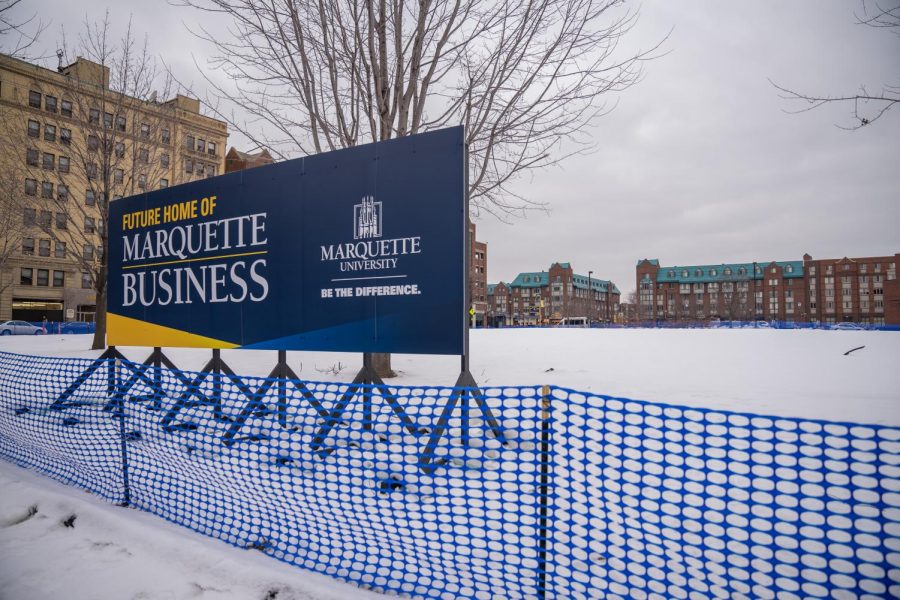 The new College of Business Administration building will be built where McCormick Hall previously stood. Photo by Jordan Johnson.

The new home for the College of Business Administration will reside on the former site of McCormick Hall, University President Michael Lovell announced at the university address Wednesday afternoon.

Lovell said $44 million was raised for the building. Twelve donations were over $1 million, and the total cost of the structure is $70 million, according to a university news release. Fundraising for this project will continue with the goal to break ground in fall 2021.

McCormick was torn down last July after originally scheduled for demolition in May. The university began removing the residence hall the week of May 22. McCormick stood vacant for the 2018-19 school year.

The building will also house an interdisciplinary space for leadership programs, including the Excellence in Leadership program, created by Opus Dean of the College of Engineering Kris Ropella.

Currently, the College of Business Administration resides in Straz Hall.

This story was written by Zoe Comerford. She can be reached at Isabel.comerford@marquette.edu and on Twitter @zoe_comerfrord.