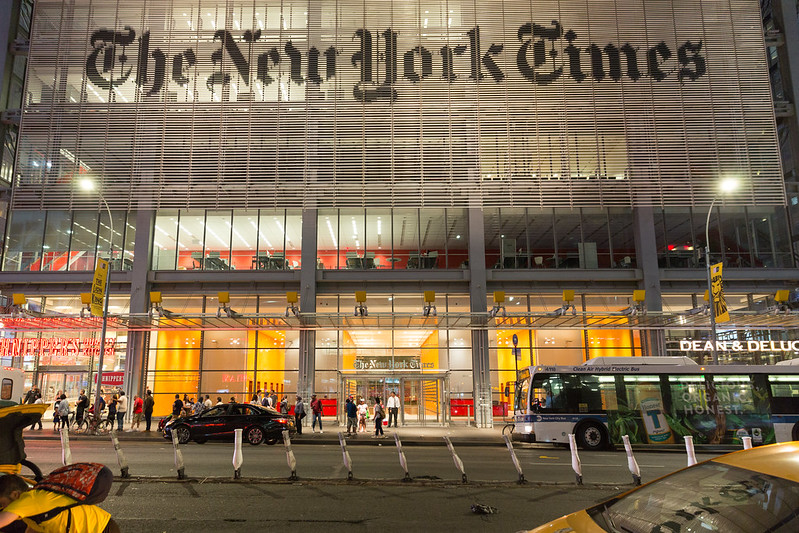 Regardless of party lines or political ideology, no accredited newspaper or major media outlet should endorse a candidate for political offices, especially if that newspaper or media outlet wants to maintain the appearance of being unbiased. In recent years especially, with the rise of both “fake news” and public distrust with the media, it seems unwise for The Times to continue with this tradition.

The news is supposed to be a source for the public to know what is going on in the world through honest journalism. So, when news organizations try to “help” the public decide who to vote for, it can come across as a way of using their power to swing votes toward candidates the news organizations themselves support.

The Society of Professional Journalists, with which The New York Times is associated, states in its code of ethics that journalists should “avoid political and other outside activities that may compromise integrity or impartiality, or may damage credibility.”

According to The Times’ own ethics code, “No one may wear campaign buttons or display any other form of political partisanship while on the job.” This section of its ethics code shows a vast amount of hypocrisy in keeping alive the tradition of endorsing candidates.

The tradition has a long history. In the past 20 years, The Times has endorsed  Al Gore (2000), John Kerry (2004) and Hillary Clinton (2008, 2016). Aside from the fact that all of these candidates were in the Democratic party, all of these nominees either lost the presidential election or the primary, so it seems that the “help” The Times provides falls on deaf ears. The Times can’t claim to be unbiased if it only supports one candidate, let alone just one party.

The Times’ ethics code also states “it is essential that we preserve a professional detachment, free of any whiff of bias.” Once again, the hypocrisy within the organizations’ own ethics code arises; it is impossible to be unbiased when only one group is represented.

The Times’ says it publishes its endorsement every few years to try to help Americans decide for whom to vote — but this violates journalistic integrity and The Times’ own ethics code.