Green space where McCormick stood expected to be completed in spring 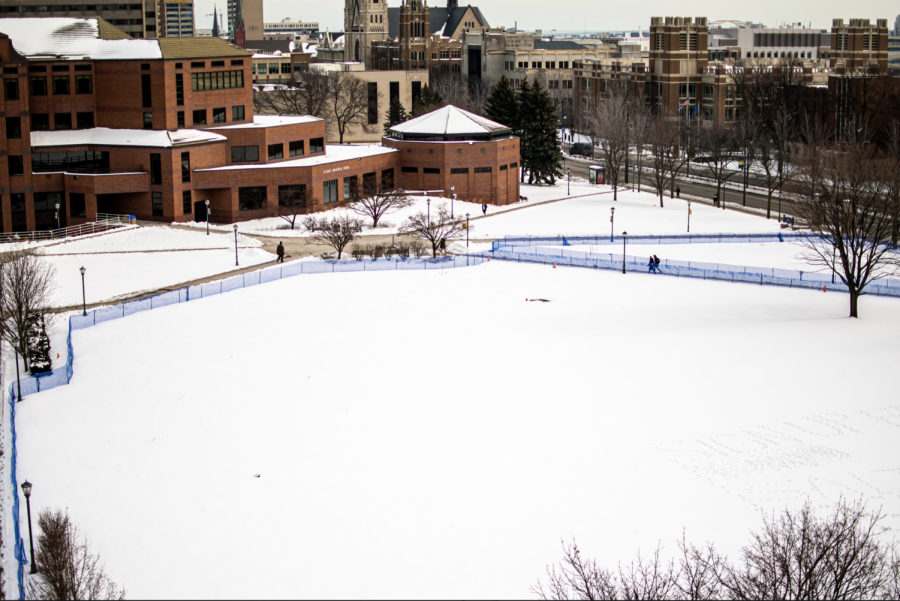 Green space is expected to be completed this semester.

A green space is anticipated to be completed this spring where McCormick Hall once stood at 1530 W. Wisconsin Ave., Lora Strigens, vice president for planning and facilities management, said.

Strigens said the green space will be completed as soon as conditions allow.

“As we’ve talked about through master planning and subsequent dialogues with the campus community, this is an important site on our campus for future development,” Strigens said in an email. “Any green space created at the site will remain open and flexible to allow for future development.”

Strigens said specific future plans will officially be shared “when planning or funding are aligned, and when approval to proceed is granted from our Board of Trustees.”

“The site will be restored before the end of the calendar year,” Strigens said in a 2019 press conference. “That site will remain green space until a capital project is approved to move forward in the future.”

McCormick Hall was demolished summer and fall 2019 after being a staple on Marquette’s campus for 53 years. Its demolition was announced in March 2019 and efforts began late May.

Its demolition is a part of the university’s master plan, a long-term development plan for Marquette’s campus.

The new project is an example of ongoing construction at Marquette, as the University continues to put into place its Master Plan.

The Master Plan’s goal, according to Marquette’s website, “integrates academic, physical and financial priorities and serves as a road map for Marquette’s capital projects during the next 10 to 20 years.” It has has multiple areas of focus, including plans for future projects as well as the campus environment.

McCormick’s demolition mainly centered around financial reasons. Joel Pogodzinski, senior vice president and chief operating officer of the University Leadership Council, said in March that the costs of maintaining McCormick were no longer “economically prudent for the university.”

Marquette’s website states how new developments that have recently opened and were recently prioritized besides the new green space include the new Physicians Assistant Studies building, the Athletic and Human Performance Research Center, and the Ray and Eckstein Common.

Strigens also said in an email that demolition costs had been favorable in recent years.

The residence hall stood vacant during the 2018-19 school year as it awaited its demolition.

Anthony Borgonzi, a first-year student in the College of Communication, said he was surprised at how long the demolition of the residence hall took.

“It was cool to see the construction that went into knocking down the building,” Borgonzi said. “However, I wish that they had knocked it down much quicker. Also, the constant construction noises became very annoying and the air quality wasn’t good around the site.”

Borgonzi said he enjoys the current state of the space where McCormick once stood.

“It’s kind of nice to have the open space,” Borgonzi said. “However, I think that they should speed up the process, as it would be great to be able to utilize this expansive, new space.”

Steven Beugnet, a sophomore in the College of Nursing, said there is a lot of potential for the new space.

“I like the green space especially for summers in Milwaukee,” Beugnet said. “There’s a lot that you would be able to use it for. I think that the space should be a rec center but the green space itself will be very nice for students to utilize.”

This story was written by Nick Magrone. He can be reached at nicholas.magrone@marquette.edu.