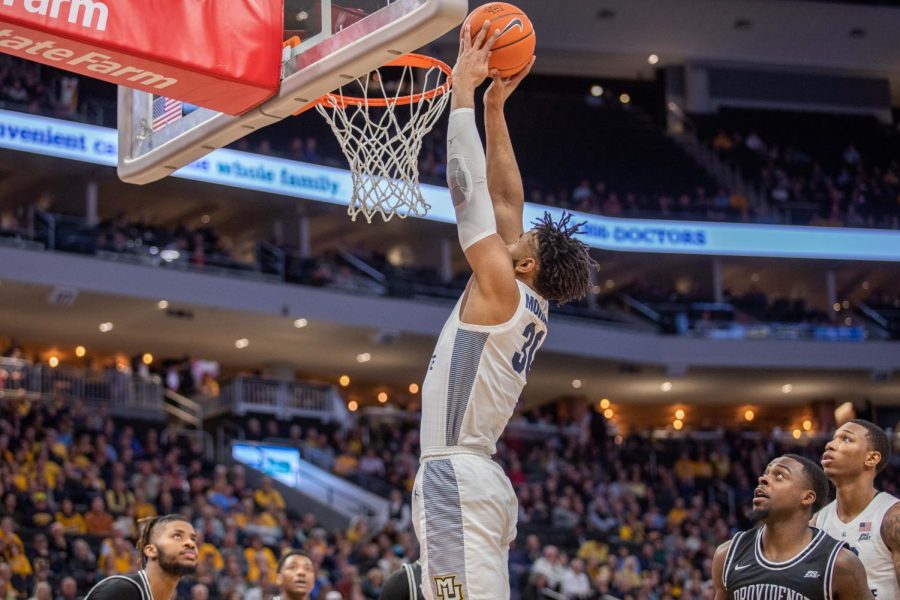 The team announced Jan. 15 Morrow was on “indefinite leave of absence … for personal reasons.” He has been removed from the roster.

“We are thankful Ed was a part of our program and for his contributions to the team,” head coach Steve Wojciechowski said in a statement. “We wish him the best of luck in the future.”

The former redshirt senior forward will stay at the university and plans to graduate in May from the College of Communication with a degree in communication studies and minors in sociology and in criminology and law.

The 6-foot-7 senior also contributed 16 turnovers, 10 blocks, four steals, 3.4 points and rebounds per game this season. The University of Nebraska transfer shot 47% and went 13-for-20 from the free-throw line in the 16 games he participated in.

It has been senior center Jayce Johnson who has taken over responsibilities for Morrow, averaging 17 minutes in BIG EAST play and a team-high 7.2 rebounds, which ranks seventh in the league.