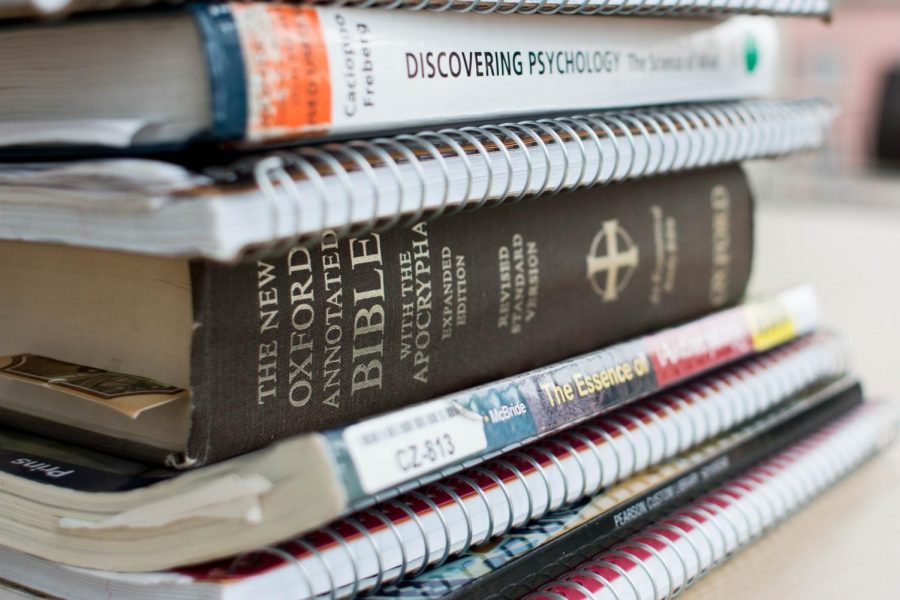 For some, a new assortment of courses brings opportunities to approach their academics more "aggressively." Marquette Wire stock photo

A fresh start. A clean slate. Perfect vision. These are typical hopes for the new year and expectations for the start of a new decade in 2020.

But after the confetti pours down and the clocks tick to midnight, what happens to the resolutions set for the new year once it’s underway?

Twenty days in, students around Marquette University weigh in on goals and the new year thus far.

For Ashley Caraballo, a first-year student in the College of Health Sciences, she said her New Year’s resolution is to be cleaner.

“I think it’s going pretty great so far,” she said. “I mean, we’ve only been back a little bit, but I have all of my stuff together.”

This year will be Caraballo’s first full year in college, and she said she is hoping it will be a year of growth. She said she plans to take on this new spring semester “aggressively.”

“I like my classes a lot better this semester,” she said. “I am more into (my classes) than I was last semester.”

Third-year law student Griffin Bliler does not have a resolution, though he said he believes they “can be useful.”

Though he doesn’t have a specific goal set in place, he said his focus is on the big celebration in spring.

“For me, it’s just graduating, making sure I have everything finished up and ready to go,” he said.

Besides the weather, Bliler doesn’t think 2020 is much different than 2019.

“I’m not sure if it’s been as cold as it was this time last year, but otherwise I don’t think there has been much of a difference,” he said.

While Bliler said every year has its ups and downs, he sometimes uses the new year as a restart button, but he said that depends on how the previous year ended.

He said he is not sure what the year will have in store and that it “depends on what God has in mind.”

Emma Smith, a sophomore in the College of Nursing, said she wants to manage time better and have her “priorities straight” in the new semester. She said she thinks of the new year as the beginning of a new semester rather than the start of an actual calendar year.

Kathryn Fitzgerald, a sophomore in the College of Nursing, said 2020 for her is about having a healthier mindset.

Fitzgerald and Smith, who both said they have already experienced struggles in the new year, both said “it can only get better from here” because it is something they have to do in order to “stay afloat.”

But, the two friends have something to look forward to for the decade.

“We just entered our 20s ourselves, so it’s a decade of new experiences,” Fitzgerald said.

Whether you have goals, resolutions or nothing at all, the start of the new year or the new decade can be the restart button you’ve been looking for: to try something new, to get out of that rut or just to think differently. But, if more than 20 days in is making you feel like you are behind, don’t worry; tomorrow is a new day, too.

This story was written by Natallie St. Onge. She can be reached at natallie.stonge@marquette.edu