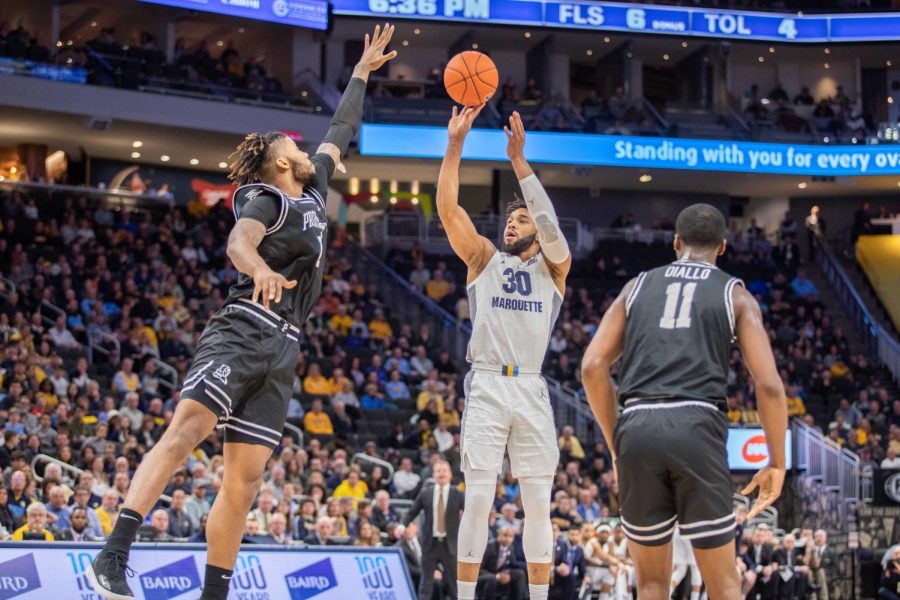 Men’s basketball redshirt senior Ed Morrow is on an indefinite leave of absence for personal reasons, the team announced via Twitter Wednesday night.

The 6-foot-7 forward transferred from University of Nebraska following the 2016-17 season. Due to NCAA transfer rules, he was not eligible to compete with the Golden Eagles until the 2018-19 academic year.

Last season, the Chicago native played 33 games and averaged 15 minutes, 5.6 points and 4.5 rebounds per game. He was a constant presence in the paint for MU, shooting 59% from the field and contributing 21 blocks, 17 steals and 12 assists.

In his final year of eligibility, Morrow had a significant drop in playing time, averaging 11.9 minutes, 3.4 points and 3.4 rebounds over 16 games.

Both Xavier and Marquette are 1-3 in conference, trying to avoid dropping to 1-4 to start BIG EAST play. The Golden Eagles have not had a worse four-game start to league play since 2010.

The Musketeers have three forwards in their starting lineup, Naji Marshall, Tyrique Jones and Jason Carter. Without Morrow, Jamal Cain is the only other bench forward who has competed in more than two games this season.