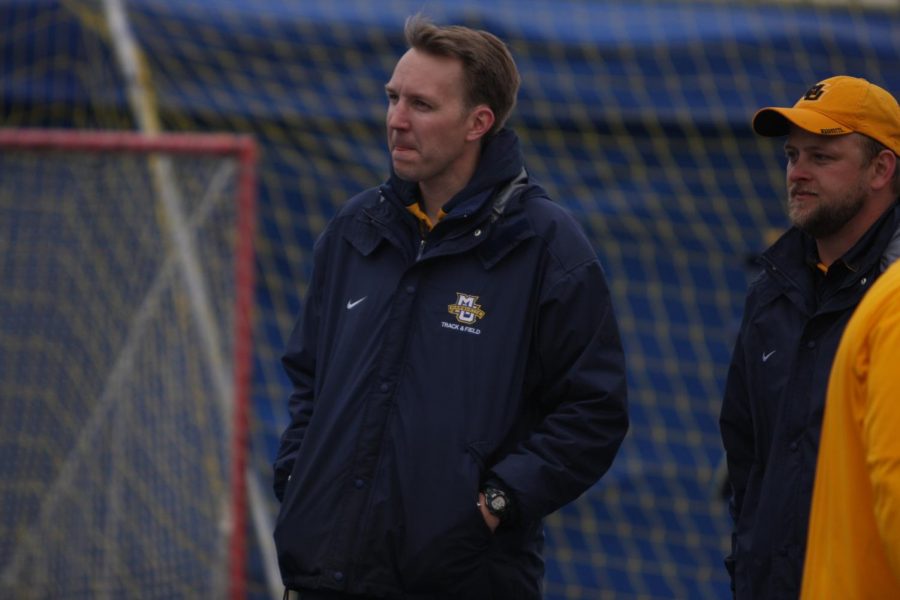 Rogers has headed the track and field program for 13 seasons and now will oversee both track and field and cross country. Meanwhile, Birren has dropped the “interim” part of his job title. The Lindenwood University graduate also coaches track and field’s middle and long-distance runners.

“I am elated to promote Bert and Sean within the Marquette University cross country and track and field programs,” vice president and athletics director Bill Scholl said in a statement Tuesday.

Throughout Rogers’ 16 combined seasons with Marquette, three as assistant and 13 as head coach, the six-time BIG EAST Coach of the Year has led six Golden Eagles teams to winning the league championship, coached three NCAA All-Americans in the past five seasons and helped 230 all-conference runners and 50 BIG EAST individual champions.

Birren, the six-time All-American and two-time NAIA Marathon champion, was initially hired two days after former head coach Mike Nelson’s departure to Monmouth University Aug. 12. However, he began his career at Marquette in the summer of 2012 as a volunteer assistant distance coach for the cross country and track and field teams.

“It’s an honor to be entrusted to lead the cross country and distance programs into the future with Bert and the rest of the staff at MU,” Birren said in the statement. “Whether we are going through good times or rough patches, it’s been incredible to see our department come together with the ultimate goal of caring for the student-athletes.”

In 2019 at the helm of the Golden Eagles, Birren led the men’s team to a tie for best-ever fourth-place finish at the BIG EAST Championship with a program-best 99 points. The women’s team ended sixth in conference for the second straight season with 149 points. For the first time in program history, MU had four All-BIG EAST honorees: Ryan Burd, Daniel Pederson, Brad Eagan and Caitlin McGauley.

The Golden Eagles resume their indoor track and field season for the first time in 2020 Jan. 18 at the John Tierney Invitational. University of Wisconsin-Milwaukee hosts the meet that takes place at 10 a.m. at the Klotsche Center.