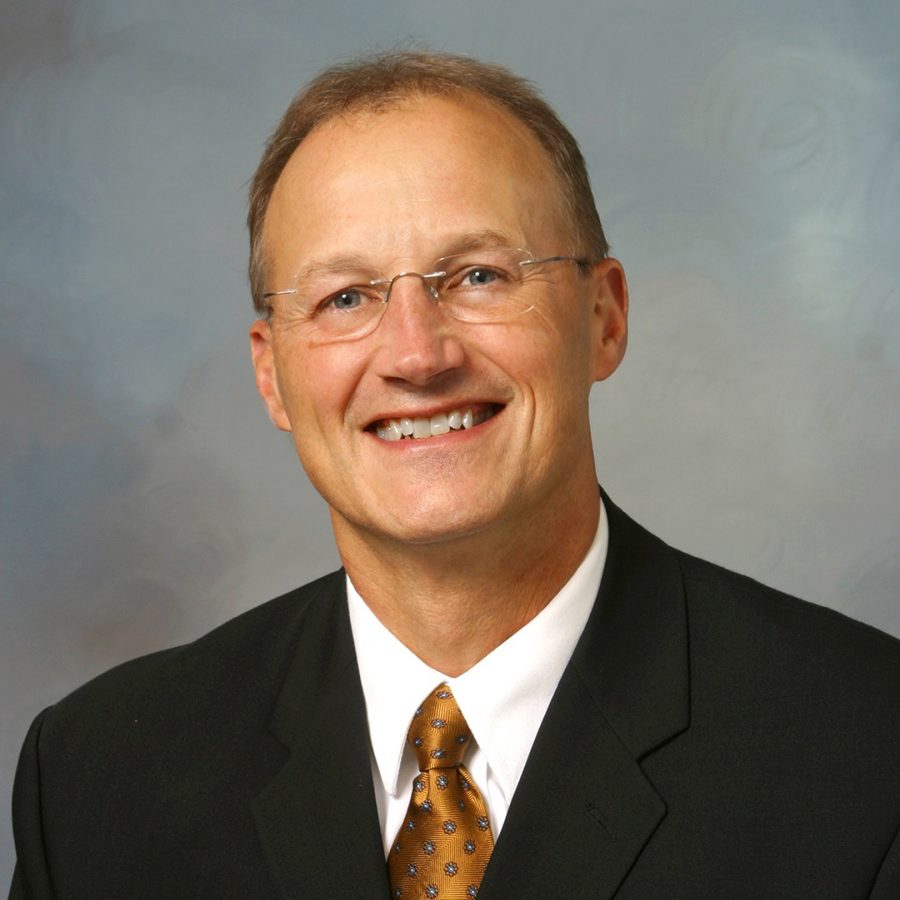 Joe Daniels served as dean of the College of Business Administration. Photo courtesy of the Office of Marketing and Communication

Joe Daniels, a professor of economics, was named James H. Keyes Dean of the College of Business Administration yesterday, according to a university news release.

Daniels had served as interim dean since May, holding the position throughout a nine-month search process for an individual to become the permanent dean, according to a university news brief. Daniels became interim dean after Brian Till left the university to take a sabbatical.

The search process was led by a committee chaired by Felicia Miller, associate professor of marketing. The search committee had thirteen members, including Miller. Members of the committee included a trustee, numerous faculty and a student, among others.

“Dr. Daniels has been at Marquette for nearly 30 years. Over that time he has developed strong and productive relationships with faculty, staff, students and University leaders across campus,” Miller said in an email. “He also has a great deal of institutional knowledge. These experiences made him uniquely qualified to lead the College.”

Provost Kimo Ah Yun announced Daniels as dean yesterday in the university news release. He said he is looking forward to working with Daniels in the new position.

“Dr. Daniels was an impressive candidate who demonstrated a clear and compelling vision for the future of business education at Marquette university. … Dr. Daniels took every opportunity during his eight months as acting dean to continue moving the college forward by launching new programs, fostering excellence among the faculty and helping to raise needed funds to advance the college,” Ah Yun said in an email.

According to Marquette’s website, Daniels has been a faculty member at Marquette since 1992 after receiving his PhD from Indiana University.

Before serving as dean, Daniels was chair of the economics department and co-director of the Center for Applied Economics, according to the news release. He has also served on the University Financial Planning and Review Committee, the Dean’s Executive Council for the College of Business Administration and the Dean’s Advisory Council for the College of Arts & Sciences.

“It is truly an honor to be called to serve the college I have called home for three decades as the next Keyes Dean of Business Administration,” Daniels said in the news release. “I have enjoyed working with my colleagues throughout the university, but especially the talented faculty, staff and students within the college. Together, we have charted a new course for business education at Marquette, and I am excited about what more we can accomplish together soon and well into the future.”

This story was written by Kelli Arseneau and Annie Mattea. They can be reached at kelli.arseneau@marquette.edu and anne.mattea@marquette.edu.