SCHABLIN: It is time to abolish the Electoral College 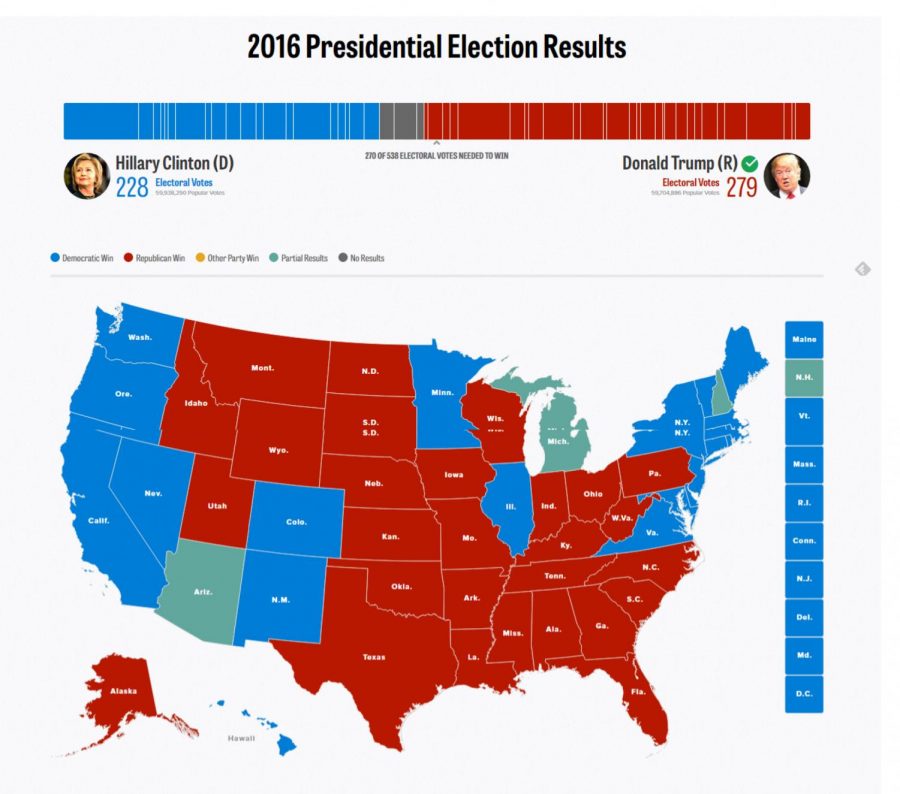 The popular vote has outweighed the electoral vote in the presidential election five times in United States history, the latest occurring in 2016. This means that in five separate elections, candidates who received more votes to become the president of the United States did not win, due to the complex role of the Electoral College.

Originally, the Electoral College was created as a way to make the election more fair to those living in less populated areas. It gives those areas a larger voice so they won’t be drowned out by heavily populated areas.

The Founding Fathers may have designed the electoral system to give more of a voice to those in less populated areas but a ratio of more than 3 to 1 is far too much.

In the 2000 election, former Vice President Al Gore won the popular vote but lost the election to George W. Bush in one of the most controversial elections in recent history. The election was ultimately decided by Florida’s electoral votes. Florida’s popular votes were so close, however, that many recounts were issued and some accusations of missing ballot boxes were presented. Gore accepted his defeat and conceded to Bush. In total, Gore won the popular vote by over 500,000 votes, yet, he was defeated by Bush in Florida by about 500 votes, causing the Electoral College votes to swing toward Bush.

Even when looking at the map from the 2016 presidential election, it seems that Donald Trump should have won in a landslide solely due to the number of counties that voted for him. Yet, when you look at the actual numbers in the Electoral College and, more specifically, the popular vote, most of the counties he won were rural and less populated.

In contrast, Hillary Clinton won the counties that were urban and more heavily populated. This caused Clinton to win the popular vote and Donald Trump to win the electoral vote and, thus, the presidency.

The Electoral College has changed the way presidential candidates campaign. Rather than trying to appeal to the mass amount of Americans, they target specific states that they know will win them more electoral votes.

It is anti-democratic to represent one group of people rather than America as a whole. Just because a person lives in a certain area should not mean that their vote should count for more or less than anyone else.

Until this outdated system is thrown away, one vote for one person will never be accurate.

The Electoral College’s role in America has changed, no longer lifting the voices of people in less populated areas. If it does not help the American public to advocate for their needs to politicians, it should be abolished.