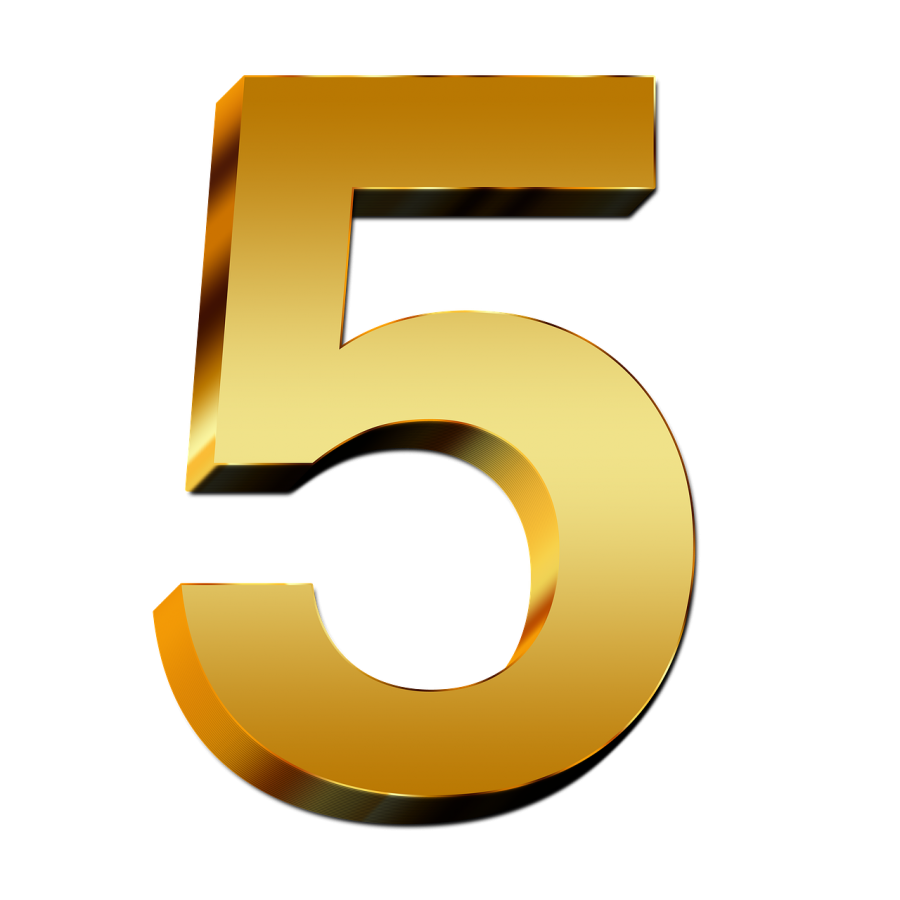 Some months are filled with dozens of good albums and others come up a little short. November wasn’t quite as good of a month for music as October was, but with the school semester wrapping up, students are busy and might not have gotten the chance to hear everything that was worthwhile.

Here are five albums from November that you don’t want to miss.

The group, who released the hit 2012 single “Stolen Dance” and later followed it up with “Flashed Junk Mind,” has returned with its third studio album — and it has a lot to offer. The German band experiments with multiple genre influences throughout this record including hints of folk, pop, reggae and rock.

Although some of the lyrics are a little predictable at times, the album as a whole and the individual songs evoke a vibe that will satisfy any ear craving a catchy beat and tune. This album also has several songs with good replay-ability that get stuck in your head and make you want to listen again. What’s most encouraging is that the band seems to be stepping out of its comfort zone. While songs like “Eden’s House” are good but not necessarily groundbreaking, other tracks like “Rush” and “Window” have both hypnotic sounds and instrumental elements that feel like uncharted waters not just for Milky Chance but for alternative music in general.

From the first track “Leray” on Trippie Redd’s newest album, he’s up to his old tricks again. Trippie is still unapologetically confident but also unashamed of his romantic heartthrob energy. Tracks two, three and four all have the word love in the title, and so does the name of the album itself. But Trippie Redd successfully does exactly what he’s trying to do with this album. He pairs catchy acoustic guitar riffs with his energetic and passionate vocal delivery. His ability to convey such raw emotion with his voice is comparable to rapper Future. And as usual, Trippie’s pitch range contributes quite a bit to all 21 songs on this 59-minute-long album. That’s right. This album is 21 songs and it’s still less than an hour because Trippie Redd has mastered the short and sweet pop-rap song that makes you want to put his albums on repeat. And don’t ever forget that no one sounds better saying the word “yeah” than Trippie Redd.

Following the first five tracks of solo heartthrob Trippie Redd’s material, the album dives into a pool of features from up and coming as well as already prominent artists. “Sickening,” featuring Tory Lanez is a strong contender for best song on the album thanks to the combo of the two superstar rappers; Trippie builds the emotion of the track just before Tory Lanez takes the song to its energy peak around the two minute mark.

With that being said, “Death” (feat. DaBaby) is probably the best overall song on this album. The sample behind the song is very catchy but the song as a whole can best be described as intimidating. This song carries the kind of message you’d want to send to an opposing sports team you were about to play against. On top of that, both rappers’ verses are flawless and they both show off each rapper’s ability to rap quickly and carry impressive pace.

When we hear the term DJ in 2019 we often think of artists like Steve Aoki or Diplo or DJ Tiesto. But 47-year-old California native DJ Shadow is more comparable to the original definition of the term: a disc jockey, or a mix master. DJ Shadow, who has a personal record collection of more than 60,000 records, is very good at taking samples of rare music that is rarely heard by the masses and reworking and pairing those samples with hip-hop artists. This album in particular features a bit more experimentation from the DJ who has been making records like this since 1996.

Disc 1 features 11 songs with no lyrics. These tracks are purely DJ Shadow’s instrumental works. And while these tracks surely have a place and time, it’s Disc 2 that makes this album so worth while. There are two noteworthy tracks with Run The Jewels, a rap duo that has worked with DJ Shadow in the past. There are also tracks in which featured artists collaborate with DJ Shadow for the first time, which shows his ability to stay up to speed with current music rather than getting too comfortable working with the same artists every time.

Track 12 on Disc 2 features Samuel T. Herring, lead singer of the Baltimore-based alternative group Future Islands. This track is special because it does not feature a hip-hop artist laying rap vocals over a DJ Shadow beat, but instead features Herring nearly crooning over Shadow’s groovy synth track.

Perhaps the most interesting thing about this album is DJ Shadow’s ability to seamlessly use the same beat and melody on two different tracks, but also give each song its own unique tone with different vocals over each track. “Been Use Ta” (feat. Pusha T), as well as “C.O.N.F.O.R.M.,” which features various artists, are the exact same song besides the lyrics. And yet, the two tracks might be the best and second best songs on the entire album.

The energy and emotion conveyed in the song “sad day,” alone is enough to bring FKA twigs’ second studio album to No. 2 on the monthly list. Even if there weren’t any other good songs on the album, this song would still elevate her album to this spot. However, the album is filled with several songs that stand out for various reasons.

It’s nearly impossible not to feel immersed in these songs as FKA twigs sings. Part of this is because her voice sounding unlike any other, but the beats and the electronic production also elevate the album to something so unique and special.

After a five-year hiatus since her first album, many might have forgotten about FKA twigs. But “MAGDALENE” is the sophomore album she needed to reestablish herself as a powerhouse in the indie/electronic genre.

1. “The Future Was Beautiful” — Matthew Ryan

One of the more criminally-underrated songwriters making music today, right up there with John Moreland, is Matthew Ryan. His ability to release album after album while never straying too far from his roots and still exploring and experimenting is impressive. His talent to never lack in songwriting ability is unmatched.

His 14th studio album,”The Future Was Beautiful,” does not disappoint. In fact, it features some of his best stuff yet.  While the opening track is heartfelt and sad, it leads perfectly into “And it’s Such a Drag,” which features a warm guitar riff that is eventually complimented by a comforting harmonica, not to mention Ryan’s lyrics and his tastefully raspy vocal delivery that fits so well with the words he sings.

Track four seems to be the experimental track of this record, and it works well to serve as a buoy floating in the middle of the album. On this song, “Are You the Matador?,” which sounds like it might feature an accordion, a melodica or something similar, Ryan sounds a little like Tom Waits as he sort of talk-sings without losing his whispery melody. The vibe of the song is a bit eerie like a Waits song as well, and almost makes you feel a little uneasy, but in a good and exciting way.

The album finishes with a beautiful duet between Ryan and Kate York, a songwriter and artist who has collaborated with many Nashville artists where she is based. She has written songs for a number of prominent artists, including Fall Out Boy. On this track, York and Ryan’s voices compliment each other smoothly. Another artist, Mack Starks, also adds some background vocal elements to close out this short but successful album.