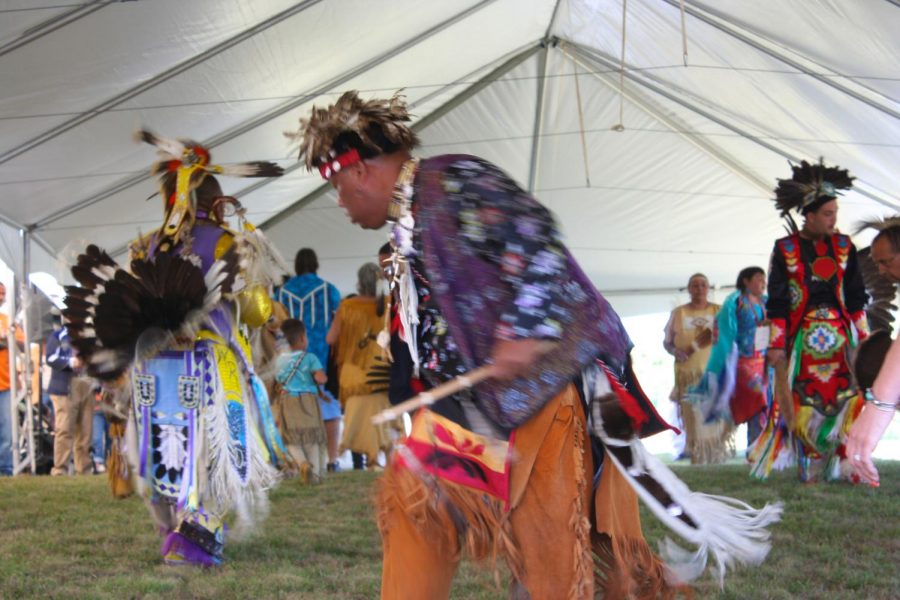 On Thanksgiving, we cram my cousins, aunts, uncles, siblings and parents into one house. It reminds me to be thankful for having a place at my family’s table, even if it’s still at the kids’ table. Still, I realize gratitude can be dangerous, especially in terms of the Thanksgiving holiday.

Gratitude can negate injustice if it isn’t acted upon. The pilgrims’ thankfulness swept the exploitation and abuse of indigenous Americans under the carpet. Today, gratitude can still negate modern injustices and inequalities, as it can promote ignorance toward the systematic support that white Americans have.

I learned about the holiday in elementary school the way schools traditionally taught the first Thanksgiving. According to this narrative, pilgrims and indigenous Americans put their differences aside and joined for a “kumbaya” moment, praying over their food and giving thanks for their survival and prosperity in the New World.

But pilgrims only survived because of the exploitation and abuse of the indigenous peoples on the east coast. Every little detail and victory can be traced to this abuse.

One example of pilgrims benefitting off of the suffering of indigenous Americans in the modern Massachusetts region is the establishment of Plymouth as a place for settlement. It was the optimal place to create a community, with spring water and already cleared fields. However, the pilgrims didn’t stumble upon this pre-made village by chance.

It was previously inhabited by native people belonging to the Wampanoag tribal confederation, but had been cleared out as European diseases wiped out the people. Their thankfulness for such habitable land directly ignored the deaths of Wampanoag people who created Plymouth for their own tribe’s use.

Even the help from Tisquantum and a Wampanoag man who is generally taught as the Wampanoag-English translator at the first Thanksgiving can be traced back to abuse. Though he’s depicted in paintings and textbooks as the pilgrim’s buddy, the only reason that Tisquantum was available to mentor and teach the English settlers is that he was forcefully estranged from his people.

Tisquantum was captured and brought to Spain for enslavement in 1614. It wasn’t until after his return to North America as the last remaining member of the disease-struck Patuxet tribe (another band of the Wampanoag tribal nation), when he became a translator and teacher for pilgrims. Any gratitude for Tisquantum’s help is warranted. He ensured the settlers’ survival, but their thankfulness acted as gratitude for something that was only made possible by exploitation, his enslavement and the fall of his people.

These are just two instances among many in which colonial settlers reaped the benefits from indigenous abuse; moreover, the nature of these small victories shows how exploitation of indigenous Americans truly provided everything the pilgrims were “grateful” for on the first Thanksgiving.

As important as acknowledging the reality of the first Thanksgiving is, there’s a stronger demand for noticing the perpetuating dilemma of gratitude that ripples from colonization to modern-day. People must acknowledge that dilemma and treat Thanksgiving as a time of resolution instead of mere thankfulness.

Just as the pilgrims thanked God for their “blessings,” which were supported by the maltreatment of indigenous Americans, people thank God, fate, or another subliminal force for certain luxuries that are supported by historical and modern inequity. While they should be thankful, they need to act upon that thankfulness in some way that works toward extending that luxury to others.

Though I am thankful for many luxuries in my life, I realize that many of them were handed to me, or not as difficult to obtain, because of my identity as a white woman. Namely, the long history and continuation of systematic oppressions within American law, education and more have largely benefited people with identities similar to mine. This is a recurring theme in both American history and American modernity.

Many of the things I list as things to be thankful for, like socioeconomic status and education, have historically been supported by societal and systematic oppression. This is why being grateful requires an extra step of acknowledgment and action whether that be through advocating for others, educating oneself and being open to being educated on modern injustice, or dedicating oneself to listening to the other people’s narratives.

It’s great to be thankful for what one has, but if that thankfulness isn’t met with resolution or some type of action, it becomes a way to maintain ignorance.

This story was written by Sheila Fogarty. She can be reached at sheila.fogarty@marquette.edu.