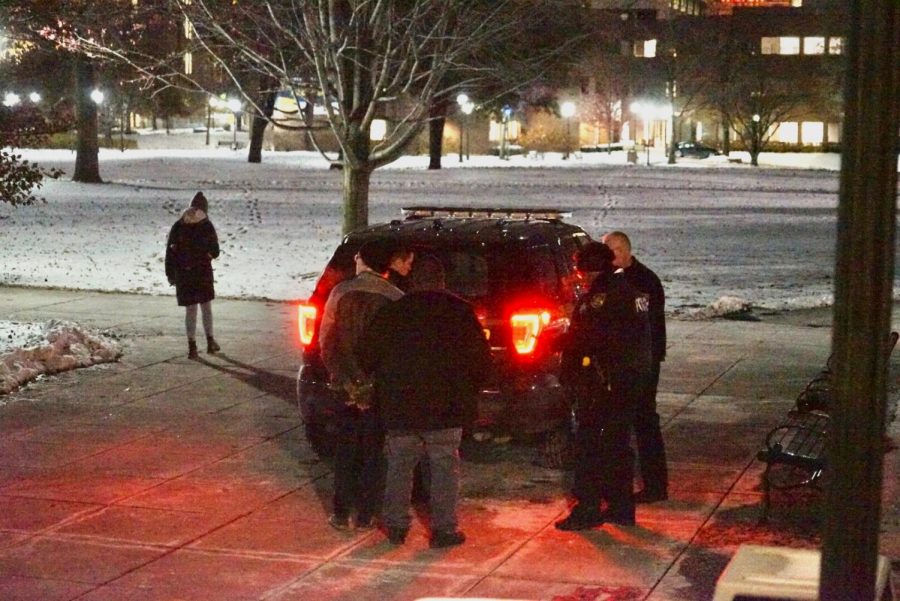 A student was handcuffed in the Wehr Chem Lobby tonight.

The student was not charged by the District Attorney’s office and received a municipal citation for disorderly conduct, Kranz said.

A municipal citation is considered a civil infraction and is non-criminal.

MUPD arrested the student following a report from another student saying that they saw an individual wearing a mask and carrying two knives at a Young Americans for Freedom event in Wehr Chemistry, Kranz said. The event featured John Doyle, a conservative YouTuber.

“It was a bandana style face covering so it covered (the student’s) nose and mouth,” Iona McPeake, a junior in the College of Arts & Sciences who attended the event as a protestor, said.

Prior to the event, students stood outside and protested because they found some of Doyle’s tweets and YouTube videos offensive and not in line with Marquette’s values.

McPeake was a part of the group of protesters. She said the individual with the mask was not affiliated with the group protesting.

“Marquette does not condone nor tolerate acts of intimidation in any form and expects our students to uphold our values at all times. The university prohibits the possession of weapons in campus buildings and takes the safety and security of our campus community extremely seriously,” University spokesperson Chris Stolarski said.

“The 500-year-old tradition of Catholic, Jesuit education is grounded in the discovery of knowledge and the sharing of diverse viewpoints – political or otherwise,” Stolarski said in an email.