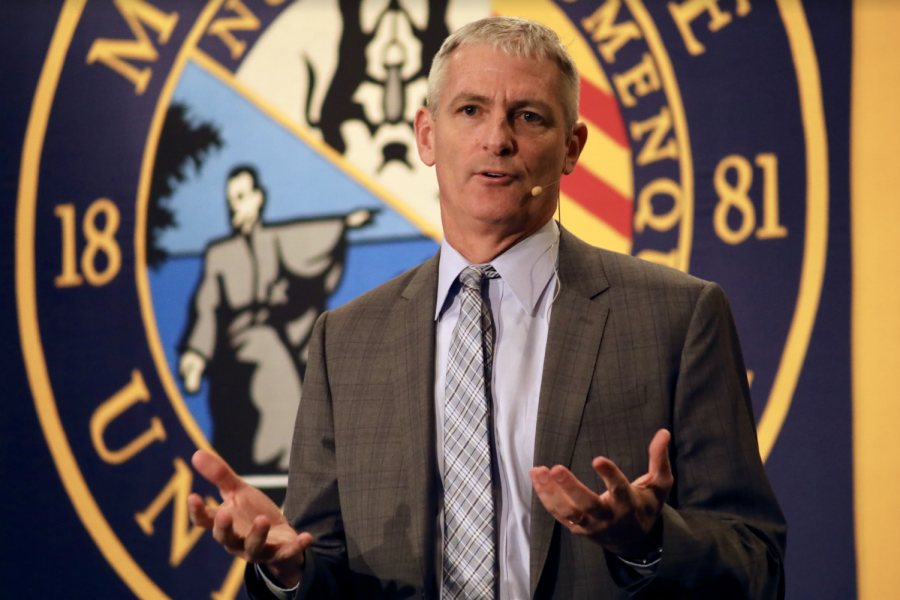 Associate director of university communication Chris Stolarski said this decision was not made due to the university’s cost management review process, and no positions will be eliminated.

“While this does provide an opportunity for the university to increase operational efficiencies so that we can be the best possible stewards of our resources to benefit our students and their families, combining these two functional areas was really about making sure that our external partnerships are holistic and inclusive,” Stolarski said in an email.

President Lovell said the goal of the combined office is to amplify Marquette’s vision to develop more holistic off-campus collaborations and partnerships for community impact, according to a Nov. 11 university news release.

The office combination will also allow the university to address economic disparities in the community, Lovell said.

“This sort of partnership allows the new Office of Economic Engagement to bring together all the pieces — corporate, nonprofit, civic and university — to forge new partnerships that seek to address the economic disparities in our community,” Stolarski said in an email.

The Office of Corporate Engagement and Partnerships was formed to create relationships and develop partnerships across campus. The office also helped companies engage with the university to address business challenges, according to its website.

Established in early 2016, the Office of Community Engagement reached out to partners to tackle challenges in the surrounding Milwaukee community, according to its website.

The name change and combination are effective immediately, according to the news release.

Stolarski said he is not aware of any plans to combine other offices.