‘Crumbs from the Table of Joy’ portrays, breaks reality 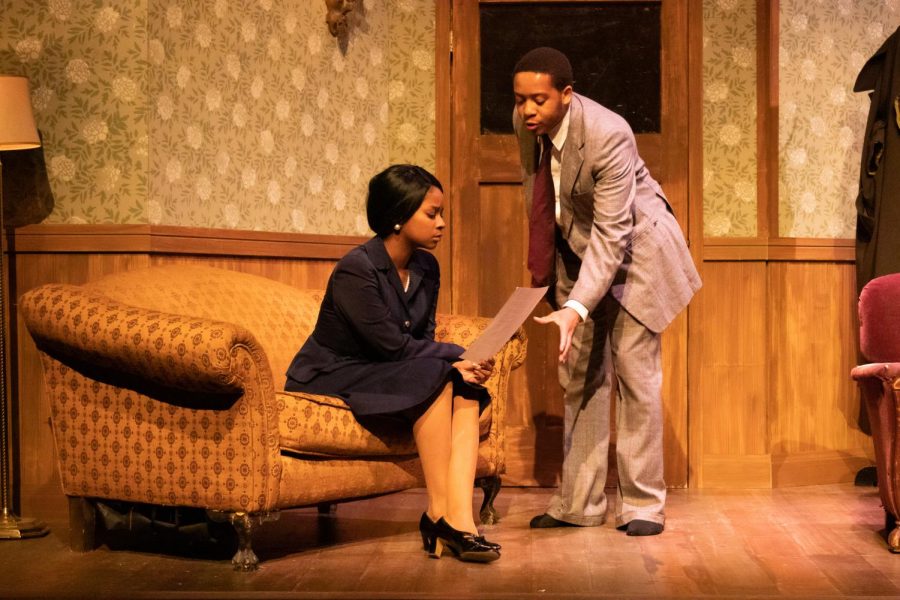 Giorgia Cozzo said it is important that Marquette continues to put on plays that feature casts predominantly comprised of people of color. Cozzo, a freshman in the College of Communication, said that is why she wanted to be in Marquette Theater’s upcoming production of “Crumbs from the Table of Joy.”

The show will run at the Helfaer Theatre Nov. 8-17. Set in the 1950s, the play follows Godfrey Crump and his two daughters, Ernestine and Ermina, as they migrate from Florida to New York City following the death of a loved one. Central themes addressed in the play include grief, migration and racism, according to the program’s event page.

Katie Markle, a sophomore in the College of Communication and stage manager for the production, said she was attracted to Marquette’s performing arts program when she found out that at least one performance per semester was centered around social justice themes. Markle said she knew she wanted to be in “Crumbs from the Table of Joy” in any way possible once the program announced it would be staging it.

Harlow said the goal of being realistic is a challenge.

“It’s hard to be human. It sounds so silly, but it’s hard to make something real,” Harlow said. “You’re really playing pretend, and that’s what’s really fun about theater, but for a show like this where you have to be so human and real, it’s hard even from a design standpoint.”

Knox said producing the show is a “very collaborative process.” He said Harlow had a lot of visions for the design, and he translated those visions into the technical aspects.

Cozzo, who plays German immigrant Gerte Schulte, said her favorite scenes are those that involve the dreams of Ernestine, the older of the two sisters.

“It’s really fantastical and magical and sort of breaks the reality,” Cozzo said. “But also there are parts where it gets really real that are also so heartbreaking to portray and to watch.”

Although “Crumbs from the Table of Joy” is set in the ’50s, the messages of the play continue to resonate today, Markle said.

“It definitely fits nowadays with the way people put their hopes and dreams on things, and also we bring up drug issues, heroin addicts and alcoholics, which seem to be lasting forever,” Markle said. “(There is a) need for understanding and also a wanting for your voice to be heard.”

The play also touches on what it means to live in a diversifying community. Markle said Marquette’s campus is not as diverse as it could be, and because of this lack of diversity, the university as a whole and thus the theater program are limited in the discussions that can be had both on campus and onstage.

“I think there’s a difference between racially diverse, diverse in ideas, diverse in religions and cultures — and we haven’t reached a high level of diversity, and I’m not afraid to say it,” Markle said. “We have one African American male in our entire theater department. … We have less than 10 African American females. … We aren’t diverse enough to do a lot of pieces of theater.”

Markle said lessons learned from the play can be applied through an improvement in diversity in the classroom.

“I go into classes where I only see one type of person,” Markle said. “We don’t have to have different skin tones to get different takes on a subject matter, but I’d like to see different backgrounds.”

Above all, Knox said he hopes attendees both enjoy the show and take time to think about its message.

Tickets can be bought online at varying prices. Student tickets are $10.

Correction: This story does not include all relevant voices to accurately portray the roles of those involved in the production of “Crumbs from the Table of Joy.” The play’s cast is majority students of color, and the Marquette Wire failed to include these students’ voices in the story. The Wire apologizes for this error and will continue working to include all voices.