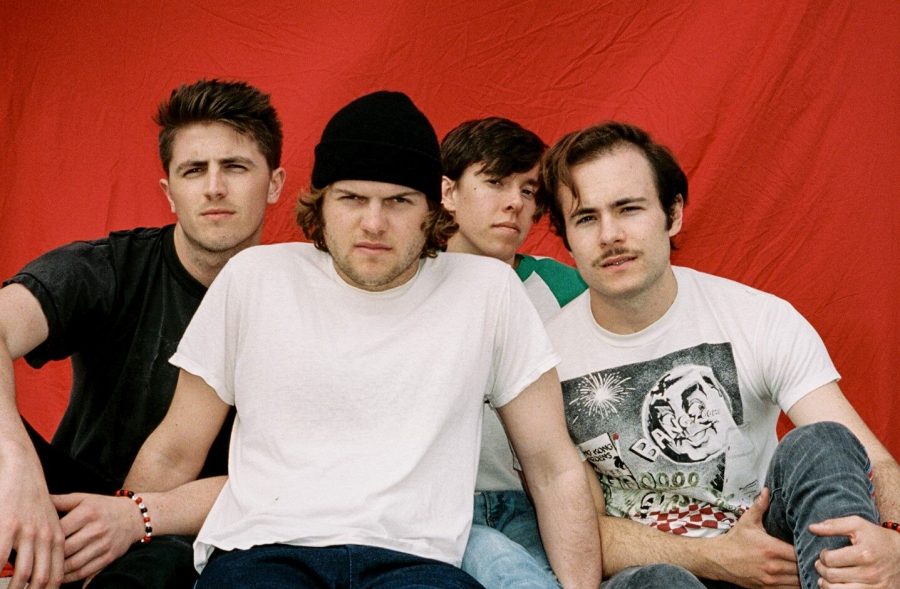 Betcha is an alternative rock band, with an emphasis on the rock, from Tennessee. Recently, its tour brought it to Milwaukee. I attended the show alone and that gave me the opportunity to take in the show with no outside opinions to sway mine and allowed for a carefree experience.

Seeing Betcha was the most fun and freeing experience I have had at a concert. I saw the band last year when it performed at The Back Room at Colectivo with singer Matt Maeson, and I didn’t think it could get any better. Within a year, the group members have grown as musicians and were more comfortable onstage. Best of all, they looked like they were having so much fun.

The drive to the show was snowy and slippery and took twice the normal time due to the road conditions. At the beginning of the show, the band members thanked the crowd for braving the snow. They said they were worried that no one would show up, and though it was not a sold-out show, the small crowd that gathered that dreary night created an intimate atmosphere was unlike any experience I have ever had.

The Back Room at Colectivo provides a unique Milwaukee concert experience, in my opinion. Being a part of Colectivo and the Pabst Theater Group brings Milwaukee’s music scene to a new level combining coffee and music in a quaint venue. The performers are close enough to the audience to touch, and being able to see the emotion on their faces brings the audience closer to the music.

The lead vocalist and guitar player, Charlie Green, consistently performs with the most emotion I have ever seen on stage. Whether he was singing a ballad or rocking out, with every breath Green took the audience could feel what he was feeling. Green is an incredible performer, and I love watching him onstage. Throughout the show he made the most of the venue and interacted with the audience by asking us to dance around and sing along with the band.

The lead guitarist, Ben Booth, riffs on his guitar like no other. When Booth is performing a guitar solo, the entire room jams to these songs along with the rest of the band. At one point, Booth even took a seat on the stage during the last song of the night, “California,” and seemed to be completely immersed in his music.

Betcha gets its name from the first letters of the band members’ first names — Ben, Taylor, Charlie and Chase — according to Atlantic Records.  Watching Betcha play together, I could see that the four artists are all real friends. They laughed and smiled at each other between sets and seemed to be in sync the entire time. Betcha gives an incredible live performance. While I love being able to listen to Betcha’s music whenever I want, nothing compares to the vibe the band gives on the stage. You just can’t create that rawness in a studio.

One of the songs the band sang was a cover of Khalid’s “Talk,” and it definitely did the song justice. I didn’t expect an alt-rock band to be able to pull it off, but I think I liked it better than the original. The angst from the lyrics in the song and from the style of music created a beautiful masterpiece.

“Coincidental,” my favorite song from Betcha’s EP “Falling,” was absolutely incredible. Green gave us a backstory that I had not heard before about the song. He said he went on a date where his date spent the majority of the time on her phone. The first lyrics of the song are, “Well I heard you say, ‘Nobody lives in the moment’ Then you went and spent the rest of the night on your phone” which demonstrates his frustration from the date. Getting to hear this backstory added more depth to the meaning of the song and made me love it even more.

The group also played a song that will be coming out soon, titled “July.” It was the kind of song that makes you want to roll down the windows and jam out in the car.

Additionally, Betcha played “Same Way,” a song which the members said had been highly requested, but they had not been playing in previous shows on the tour. I am so glad they played this song as I had not heard it before, and hearing it for the first time live gave me a chance to watch their portrayal of the song on stage which helped me interpret the song in my own way as well.

I had the absolute best time seeing Betcha. I don’t know if it was the intimacy of the venue, the way the band connected with the crowd or how it felt like the group could hear my innermost thoughts and sang to them, but I left feeling liberated.

This story was written by Grace Schneider. She can be reached at grace.schneider@marquette.edu.