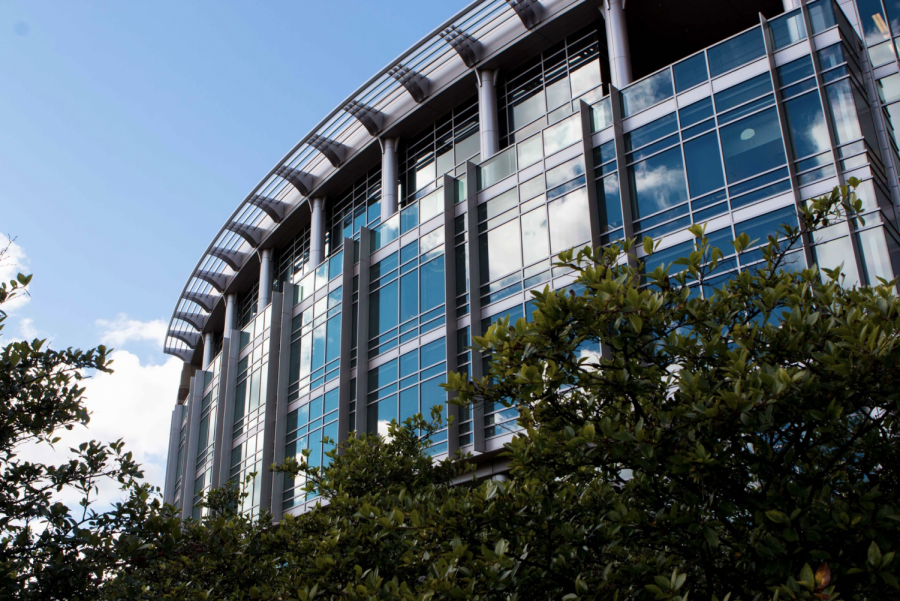 Milwaukee is situated right next to a large fresh water resource, Lake Michigan. Ten years ago, the Marquette University Law School decided to look for ways Milwaukee could take advantage of this resource. The Law School held a conference called “Milwaukee 2015: Water, Jobs and the Way Forward.”

The participants of the original conference shared ideas, trying to figure out ways that Milwaukee could emerge as a worldwide water hub by the year 2015. Ten years later, the Marquette Law School held another conference called “Milwaukee 2025: Water, Jobs and the Way Forward” Nov. 5 at Eckstein Hall.

The event was built off of what was accomplished at the first conference ten years earlier. It looked at how the region had achieved the goal of becoming a worldwide water hub and at how the people and organizations involved in Milwaukee 2025 could continue to develop the region and further achieve this goal.

The conference included many different speakers, such as Marquette University President Michael Lovell, Milwaukee Mayor Tom Barrett, deans and professors from Marquette and University of Wisconsin-Milwaukee and other speakers such as chief executive officers of companies from the area.

David Strifling, the director of water law and policy initiative at the Marquette Law School, was one of the speakers and panel members at the event.

Strifling said that at the conference they were examining the Milwaukee region’s growth as a worldwide water hub.

Strifling also said they were taking a look back at the progress made since the 2009 conference.

He said he believed the biggest achievement of the conference was marketing the Milwaukee region nationally as a center for water, water innovation and water technology.

Stifling said it was the program’s goal to help develop Milwaukee’s economy as the region continued to grow as a result of becoming a worldwide water hub. However, work remains to be done as a result of the economic development, such as job creation.

Paige Peters, a speaker and CEO of Rapid Radicals Technology, said her Milwaukee-based company has contributed to the goal of the event by using a waste water treatment system to prevent problems like sewer overflows during wet weather events.

“At the end of the day, people are behind these causes because we’re doing something for the environment and protecting public health,” she said.

The role her company played at the conference was to provide an example of how different facets of development come together, she said.

For example, Peters said she is an entrepreneur and a graduate student funded by the National Science Foundation and working with the Milwaukee Public Stewardship district.

The College of Engineering played a role in the research and work force development for the Milwaukee 2025 program, Ropella said. She said it also played a role in developing technologies for water treatments, distribution, management and providing clean water for everyone to consume.