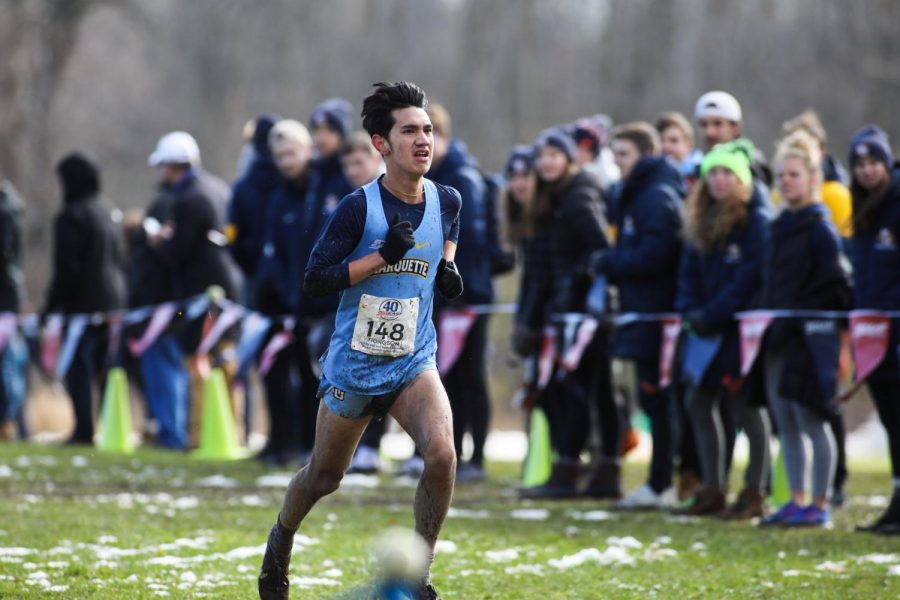 Marquette finished fourth on the men’s side and sixth on the women’s side Saturday in the BIG EAST Championships. The Golden Eagles did not have to go far for the tournament, as Marquette hosted it at the University of Wisconsin-Parkside’s campus.

The meet took place in muddy and snowy conditions, which played a big factor in the race, redshirt senior Ryan Burd said in a statement.

“Although we prepared for this, it was still a bit of a shock when we started running,” Burd said. “You lose a lot of traction and speed going up the hill. Despite that, it was a gritty race and we were able to run through it.”

For many of these runners, this was the last race of the cross country regular season. They will look ahead to track and field, which starts indoor season shortly after winter break. The team will next take part in the NCAA Great Lakes Regional in Madison.