Search for new provost to conclude by end of semester 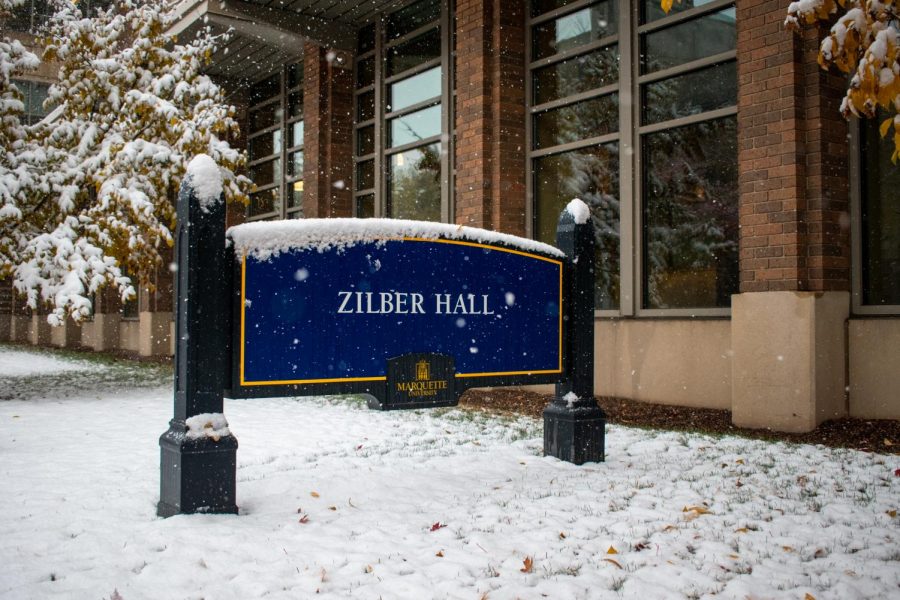 The provost search committee is comprised of 15 members from a variety of areas on campus.

The search for a new provost is expected to be completed by the end of the semester, according to an Oct. 24 update from Lisa Edwards, the chair of the Provost Search Committee.

In the update, Edwards said that in the past weeks, the committee and Marquette University President Michael Lovell interviewed semifinalists. Following the interviews, the committee discussed recommendations with Lovell, and finalists were decided.

Currently, the committee is interviewing finalists during two-day visits. Each finalist meets with 15 different groups on campus, including faculty, staff, administrators and students.

Edwards said the committee will meet with Lovell in mid-November to review feedback, and Lovell will then make his final decision.

The search committee released an Opportunity and Challenge Profile that establishes the role of the provost and outlines specific traits that are being searched for among potential candidates.

Some qualities listed are “demonstrated leadership in positions of increasing responsibilities at institutions of higher education” and “a demonstrated commitment to the creation and development of a diverse and inclusive workplace.”

Other qualities include a strong work ethic, sense of humor, and knowledge and experience working with varied student populations, according to the Opportunity and Challenge Profile.

“We are looking for a creative and thoughtful leader who can address the opportunities and challenges and work towards Marquette’s goal to be one of the most innovative Catholic, Jesuit universities in the world,” Edwards said in an email.

The search committee, which contains 15 members, is comprised of representatives from a variety of colleges and roles on campus. Included among committee members is Marquette University Student Government President Sara Manjee; a Jesuit Priest Fr. Joe Mueller; the associate director of Hispanic initiatives Jacki Black; and the executive associate athletics director Danielle Josetti, among other positions.

“It was important to try to have a diverse group of people who could represent the different aspects of our campus community, while also keeping to a size that would maximize our efficiency,” Edwards said in an email.

Sumana Chattopadhyay, associate professor of digital media and performing arts/media studies and chair of the University Academic Senate, said she represents both the senate as well as the College of Communication in the committee.

“We also need to have senate representation in the committee,” she said. Academic Senate emphasizes shared governance, so Chattopadhyay said it is her job to make sure that ideal is represented during the search.

Also on the committee is Title IX coordinator Cara Hardin. Edwards said in an email including her is especially valuable given the “university’s commitment to ensuring that all members of (the) campus community feel safe and supported, and that incidents of sex and gender discrimination are not tolerated.”

The university used search firm Isaacson Miller to recruit potential candidates. Isaacson Miller is one of the country’s premier search firms, which is a firm that helps institutions find candidates for jobs, with more than 37 years of experience, according to its website.

“They have a strong understanding of Marquette, its strategic plan and goals, and its mission as a Catholic, Jesuit university,“ Edwards said in an email.

Multiple committee members, including chair of the department of management Monica Adya, Hardin and Manjee deferred comments on the provost search to Edwards.