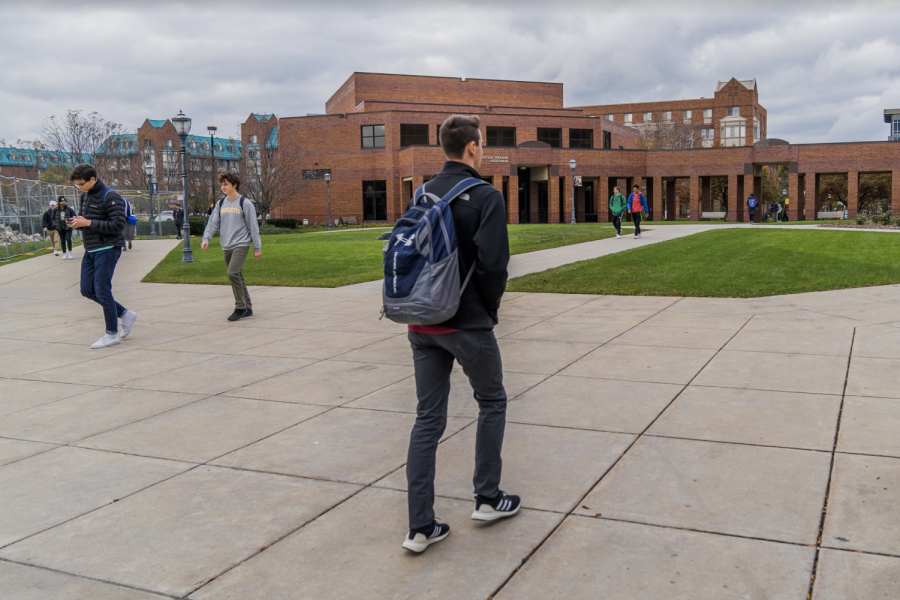 Sumana Chattopadhyay, associate professor of digital media and performing arts and chair of the University Academic Senate, said the revisions were sent to Assistant General Counsel Lauren Orton, one the members of the Office of General Counsel, which is the principal representative for legal matters involving the university, according to its website.

The university announced Sept. 5 that it would be revising the demonstration policy, which only allows demonstrations in specific areas on campus, following feedback from campus community members. According to the Sept. 5 university news release, the policy was regarded as “unclear or otherwise open to interpretation.”

One goal of the revision process was to ensure clarification of the language and construction and to fully articulate the policy’s purpose, according to the news release.

Chattopadhyay said the Academic Senate began to gather feedback on the policy at its Sept. 16 meeting. Faculty also emailed her with comments on the policy.

University spokesperson Chris Stolarski said that once changes to the policy are reconciled with feedback from the Academic Senate, Staff Senate and Marquette University Student Government, the revised policy will go back to the Policy Review Committee, which meets in mid-November.

Acting provost Kimo Ah Yun said there will now be a period of edits and revisions to ensure all feedback has been adequately addressed.

“That group will submit a final policy recommendation to me and Joel Pogodzinski, senior vice president and chief operating officer, at which point we can approve the policy as is or send it back for further revisions,” Ah Yun said in an email.

“At the moment, I don’t know where we’ll go from here,” she said.

Some of the faculty and staff feedback talked about the language used in the policy, Chattopadhyay said. One suggestion was to change words like “disruptive” to something like “unlawful.”

“(We) tried to change the language a little bit so that there is a policy, but it’s not super restrictive,” Chattopadhyay said.

Another goal of the revisions was to make the policy more generic by ensuring there weren’t so many clauses, Chattopadhyay said.

Other faculty members questioned why the university needs a demonstration policy at all.

“When I was looking over the last set of revisions, it struck me that I don’t actually think we need this policy at all, and I would like to see it repealed entirely,” assistant English professor Brittany Pladek said. “I have a number of problems with even the most recent revisions, and I don’t think (the policy) does what it says it does.”

“I think a lot of faculty don’t really see why there’s a need for the demonstration policy at all because there’s a fire code and laws,” Dawne Moon, associate professor of social and cultural sciences, said. “It’s not clear why there needs to be a special rule for doing things in the context of a demonstration.”

Pladek cited the safety precautions to protect students, faculty and staff — which the policy claims are necessary — as one reason the policy is not needed. She said these precautions already exist in other various forms.

“Any justification that the policy is one that is protecting us, I see as flawed because these protections are redundant,” Pladek said.

Pladek said she’d love to see the university repeal the policy entirely, though she said she believes it to be unlikely.

Moon said the original update of the policy may have been done in response to the demonstrations by adjunct and visiting faculty, which forced the university to look at how it treated them. This was in reference to unionization rallies that happened last spring.

Moon said the policy communicates a threat that is a violation of that right: “you can say whatever you want but I might punish you.”

“We need to have a policy that recognizes that as a Catholic institution, we understand that people’s loyalty is to God and how God moves their conscious,” Moon said. “The university doesn’t get to decide what rights you have and where you have a right to resist being mistreated or other people being mistreated.”