Esports plans for facility in first season as varsity sport 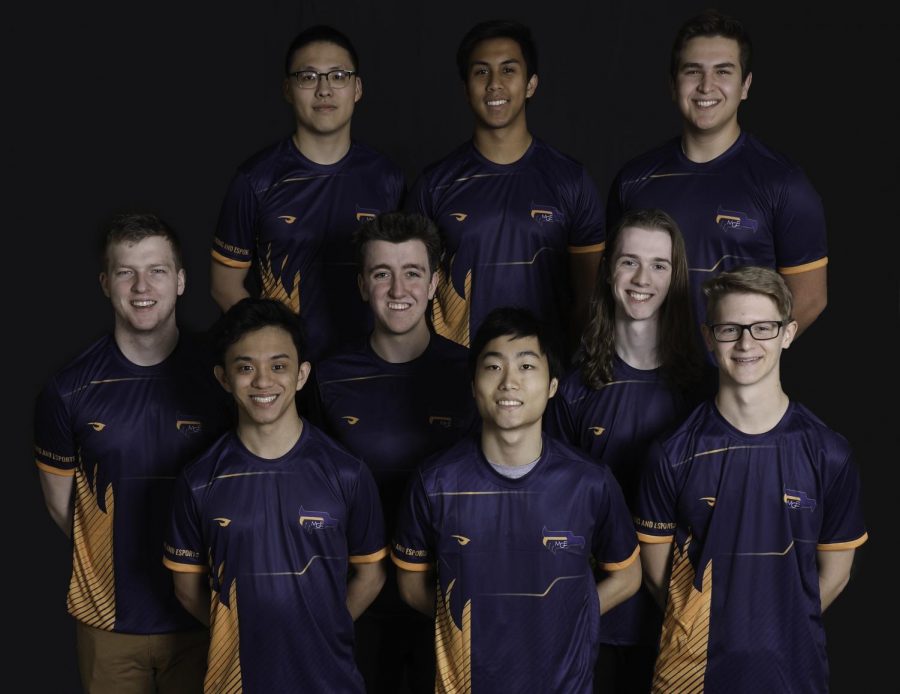 As Marquette’s esports club prepares for its first season as a varsity-level sport, it’s closer to having a home on campus.

Patrick Glogovsky, the esports club president and senior in the College of Communication, said his first goal is finding a central location where the esports team can meet and grow closer as a team.

The team practices and competes individually in participants’ respective apartments or dorm rooms, but the team’s permanent competitive space will be in half of the Brooks Lounge in the Alumni Memorial Union, Glogovsky and senior associate athletic director Scott Kuykendall said. Glogovsky said the university is looking to build it “in the next year or so.”

Kuykendall told the Marquette Wire in August that the goal is to have the space ready by the start of the League of Legends season in January.

“We’re going to have as much access to (the space) as we want,” Glogovsky said. “That’ll be a great step for Marquette gaming and esports in general.”

The esports community at Marquette is broken up into separate video games and teams of players for each game. Each team practices up to three times a week and has other opportunities based on which game they play.

Each game has its own coach. Rocket League head coach Travis Palmer echoed Glogovsky’s hope for an esports gathering space.

“It would be awesome because having each player (sitting) next to each other is just a better atmosphere. When you can see the excitement, the enthusiasm of your teammates in person instead of just hearing their voice, it’s just so much better,” said Palmer, who is not a Marquette student but volunteered to coach.

Riley O’Brien, the club’s vice president and a senior in the College of Arts & Sciences, said the facility would improve the team’s performance in practices and tournaments.

“A lot of what you’re doing when you’re practicing can be achieved digitally, but … to be able to push it to the next level is important,” O’Brien said. “The acquisition of a physical space would really help with communication, getting to know everyone and solidifying the community.”

The sport has seen a rise in popularity in terms of attention and people hoping to become members of the team, Glogovsky said.

“A lot more people have signed up and joined up,” junior in the College of Arts & Sciences and captain of the Rocket League team Joshua Fendry-Gill said. “Even people who aren’t in the club are asking about it or asking if they can join, so it’s definitely becoming more popular.”

Glogovsky said the team has seen exponential growth from his freshman year, when the club was born.

“We had 100 people at our first meeting, which is up from seven at our first meeting three or four years ago. It’s insane,” Glogovsky said, “Every year, we get more people from (Organization Fest) coming in and wanting to be a part of something great, and our popularity numbers keep rising.”

However, Glogovsky said the teams don’t take just anyone. They went through an application process, which included tryouts for every competitor at the beginning of the fall semester.

O’Brien said he believes the team increase in members can be attributed to Marquette’s promotion of the team from club to a varsity sport improved its visibility.

“I really do think the news of Marquette taking it seriously and adding a DI program got a lot of people interested,” O’Brien said. “I do think we have better talent on our teams now … some people might not have been motivated to come out before when we were just a club. Now, they’re seeing that this might be the opportunity to shine.”

Recruiting is another huge step that the program hopes to take in the next couple years, Glogovsky said.

“In five years, I hope we have students come to Marquette to play video games and for scholarships,” Glogovsky said. “That will be a thing for sure down the line, but when that will be is up for debate.”

Glogovsky said the team is mostly recruiting through O-Fest or word of mouth, but he hopes to build that in the future.

“The thing that I’d look forward to is the chance to get recruited. Hopefully, there will be high school options to play,” Fendry-Gill said. “Like a basketball player can get recruited, like there will be film on them and the school can reach out and offer them a scholarship and say, ‘Come play for us,’ and as of now, there’s no way to do that.”

Among current players, there’s no shortage of optimism about where esports could go in the future.