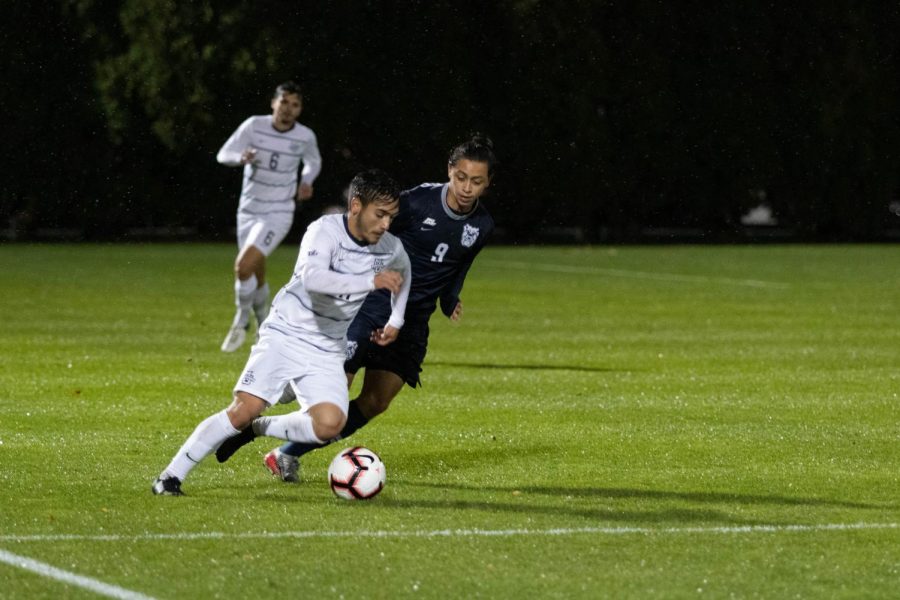 Connor Alba dribbles the ball in Marquette's 3-2 win against Butler.

The Golden Eagles suffered a 3-0 loss at No. 7 Georgetown Saturday afternoon.

The Hoyas put up 17 total shots, eight of which were on goal. Sophmore Cedrik Stern was in goal for Marquette.

The Golden Eagles took seven shots, and Georgetown goalkeeper Giannis Nikopolidis only had to save three of those attempts. Senior forward Josh Coan led Marquette with two shots on goal.

The Golden Eagles are 7-7-1 with two games left in the season. They are also the No. 6 seed in the BIG EAST standings and are two points ahead of Butler in the fight for the last spot in the BIG EAST Tournament.

The last home game for the Golden Eagles is Nov. 2 at 7:05 p.m. Central Standard Time. Marquette will then finish its regular season in Chicago at DePaul Nov. 6.