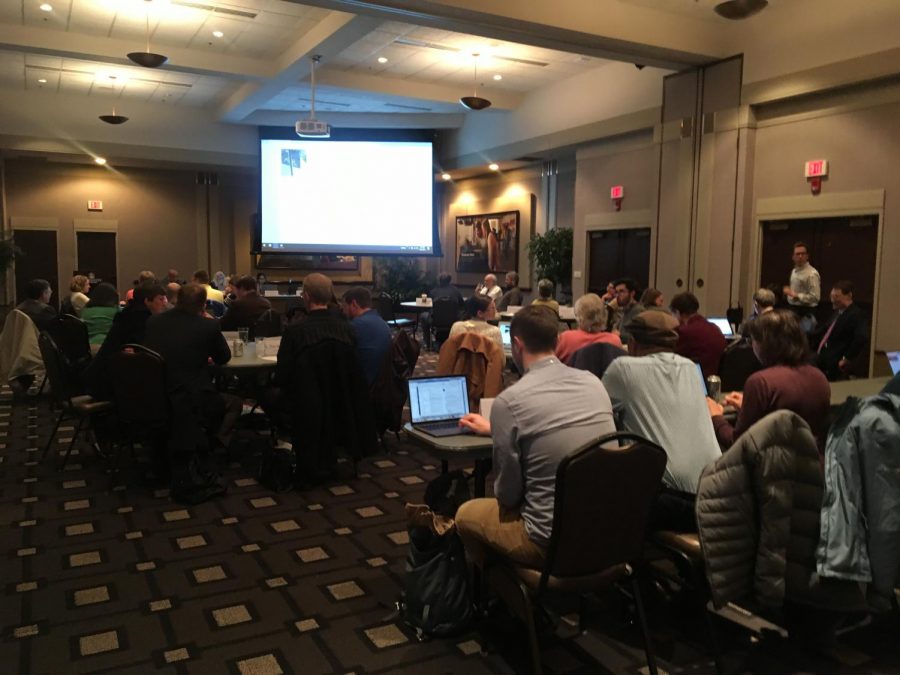 The Committee on Diversity and Equity issued a memorandum Oct. 17 urging university leadership to reconsider its decision on the closing of the ombuds office.

The ombuds office, where faculty and staff could receive confidential support and connections to multiple resources, was closed as part of the university’s cost management process in which 2.5% of staff were laid off Sept. 5. The office contained one part-time position.

The CDE is a committee that ensures and promotes diversity and equity opportunities and works with the Academic Senate and provost among other campus bodies, according to its website. CDE details its concerns regarding the office’s closure within the memo.

Adya said multiple members wanted to reflect the faculty’s voice in a formal memo to the provost and president.

“Sentiments around this are very high,” Adya said. “There were a good number of faculty who were very upset about the loss of this resource. They were upset there was not clear communication around this decision.”

The memo said that the ombud’s position was created as part of a task force on gender equity in 2001.

“It is concerning that this history of diversity efforts on campus appears not to have been considered in the University’s decision making process,” the memo said.

Kali Murray, a professor of law and member of CDE, said one of the reasons the position was introduced was because female faculty were in a significantly disadvantaged position.

“It could help female faculty in particular to navigate what was then a very unequal environment between female and male faculty members,” Murray said.

“In light of these climate and trust issues, the Ombud’s office is necessary to provide a confidential and neutral resource for Marquette faculty and staff,” the memo said.

Acting Provost Kimo Ah Yun said there are other resources in place for faculty. However, the memo said specific resources do not engage in the same way as the ombuds office.

“Many of the alternatives suggested are not viewed as ‘neutral’ or approachable by faculty and staff, nor do they have the same professional scope as an Ombud,” the memo said.

A resource suggested by Ah Yun during the Sept. 16 Academic Senate meeting was the Employee Assistance Program, a third-party program offered through Aurora Health Care that works on a broad array of faculty issues, such as providing support to faculty.

According to the memo, third-party programs are not tailored to the university and do not understand its inner workings, creating hesitancy among faculty and staff to reach out to third-party counselors.

The memo also said internal units, such as the Title IX coordinator and the Office of Diversity, Equity, Mission and Ministry are not suitable. It said that these programs are focused on delivering services to students and are severely understaffed.

“The Ombud served the unique needs of faculty and staff and mitigated the demand on services of these other student-oriented units,” the memo said.

It said that Marquette University Police Department is also not an acceptable alternative, as it is a law enforcement unit that must conform to state and federal laws.

“Involving MUPD may be viewed as an escalation of conflict, where an Ombud serves the purpose of de-escalation,” the memo said.

It also outlined that the Office of Faculty Affairs, which is an office to provide guidance to faculty, does not provide the same support as an ombuds office. The memo said that the office primarily focuses on professional development and has a formal reporting structure to the Office of the Provost.

The memo outlined three points based on the feedback of faculty and staff. First, the university had not formally communicated with faculty about the closure to the date of the memo’s release. Second, the closing of the ombuds office underscores the necessary nature of diversity planning.

“We remain concerned that the university fails to fully appreciate the institutional history and context in diversity planning on campus and continues to underappreciate the difficult task of planning for diversity in a strategic and holistic manner,” the memo said.

The third point was that the president’s office should have provided greater transparency around the decision.

The memo concludes that members of CDE are willing to meet to further discuss rationale for the request.

Adya met with Ah Yun following the Oct. 21 Academic Senate meeting, during which the memo was discussed.

Murray brought up the power dynamic between non-tenured, or junior faculty, and more senior faculty at the meeting.

Kim Factor, an associate professor of mathematics and statistical science, said she was concerned about scenarios involving senior level faculty as well.

Factor said a possible scenario could be a non-tenured faculty member being concerned whether they have to participate in specific activities to get tenure. She said in this scenario it would be crucial to have confidentiality in order to ensure that administrators did not think the non-tenured faculty was not putting in the effort.

Factor said the decision to remove the position and office was not transparent. The CDE was notified that the ombud was no longer with the university because the position was a non-voting member of CDE.

However, Factor found out because she saw the ombud moving out of their office — Factor’s office is on the third floor of Cudahy Hall, and the ombud was on the fourth.

Factor said that she did not think faculty were consulted, despite the office being an asset for them.

“Faculty and staff had no say-so in this at all,” Factor said.

She also said she is curious why the university has stood strong in this decision, despite faculty concerns.

“I think their minds are made up, and I want to know why,” Factor said. “Why, no matter what the people who used it say, are they so against (reinstating it)?”

The next Academic Senate meeting is Nov. 18.