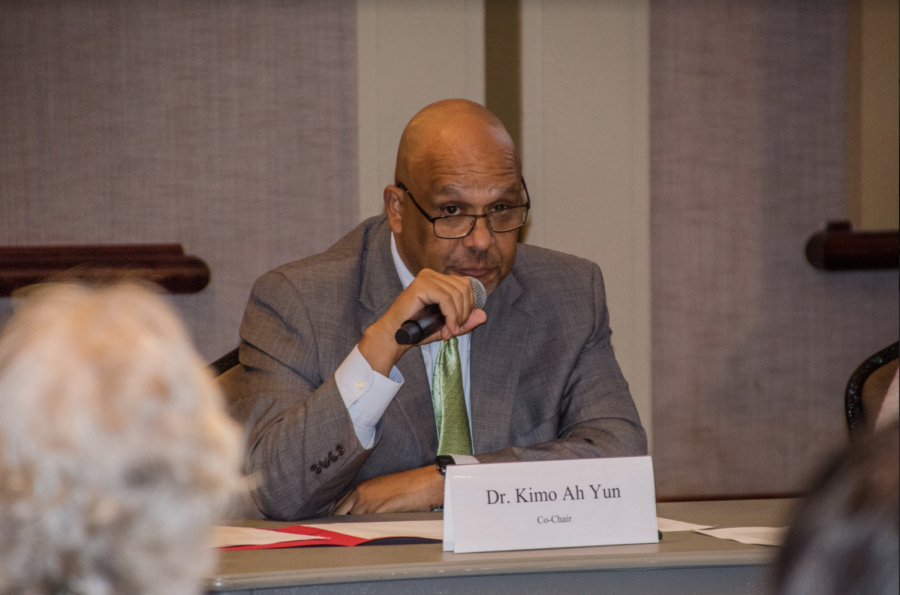 Multiple changes were discussed at the university Academic Senate meeting Monday, including the intellectual property revisions, the ombuds office and the possibility of creating a senate review committee as part of the senate body.

The Committee on Diversity and Equity issued a memorandum urging a reconsideration of the dissolving of the ombuds office.

“At Marquette, the role of this office is to serve as an internal resource to support unique needs of faculty and staff,” the memorandum said.

The letter outlined reasoning for the ombuds office’s importance, stating that ombuds are a vital part of the university system and why additional options will not be able to provide the same resources an ombuds can.

The CDE also reiterated three points: that the university has not formally communicated with faculty about the closure of the office, that closing the office underscores the shared governance planning on Marquette’s campus and that “the President’s office, especially as the ombuds reported into the President, should have provided greater transparency around this decision.”

At the meeting, numerous faculty voiced their concerns with the office’s removal.

“The reason why the committee is concerned about the position not being here anymore is because it is attempting to shift the power dynamic between junior faculty and older faculty,” Kali Murray, a professor of law, said during the meeting.

Brittany Pladek, an assistant professor of English, said one of the problematic things about the decision was that faculty was not consulted despite having opinions on the issue.

“If the university is committed to making financial decisions that eliminate very important part-time people who on the whole are probably not as expensive as other things we can eliminate, perhaps one way forward to begin avoiding decisions like these in the future is to have a more robust faculty-shared governance model,” she said.

Marquette’s policy on intellectual property was also discussed. A motion to pass proposed changes created Oct. 7 was passed at the meeting.

The changes included a five-year license on faculty members’ course materials, as well as clarification about the requirements and stipulations of the policy.

The meeting also addressed the creation of a policy review committee within the senate body, following the policy discussions that have occurred in the senate in recent months.

The next Academic Senate meeting will take place Nov. 18 in the AMU Ballrooms.