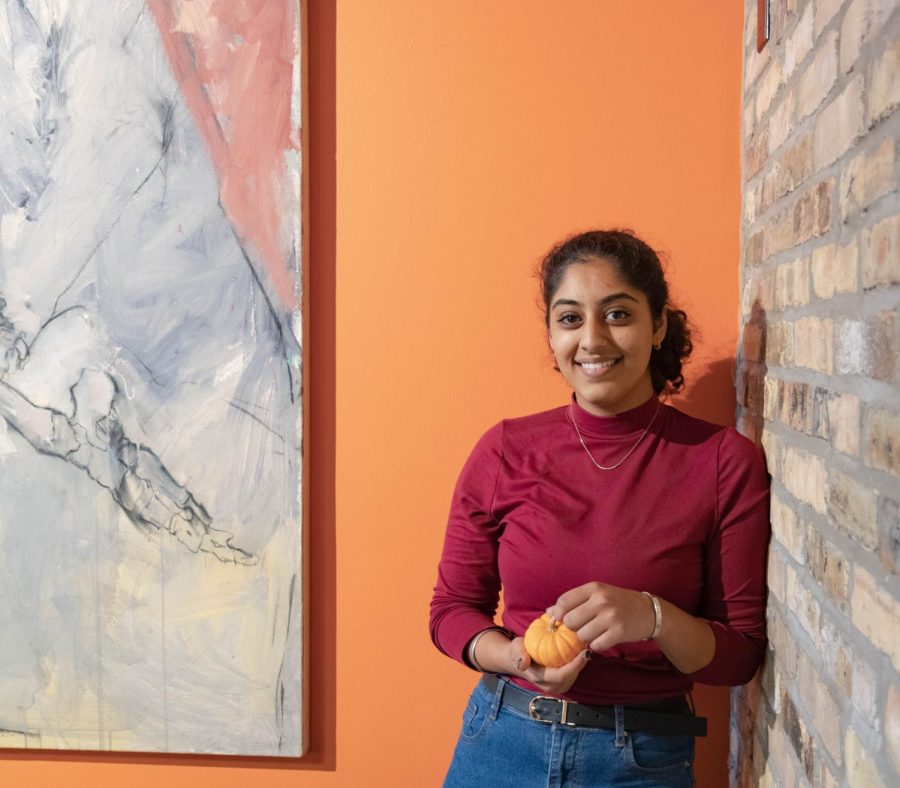 Simran Armstrong, a freshman in the College of Health Sciences, spent her fall break decompressing from midterm stress.

This past Thursday to Sunday, Marquette took a breath along with its students, allowing for some recuperation from midterms and the previous six weeks of classes.

Fall break brought the opportunity for some students to go back home and stay with family, travel around Milwaukee or even venture out of the country.

Becca Stauffer, a sophomore in the College of Health Sciences, said during her first fall break in 2018, she met up with her mom in Chicago because she couldn’t make it back home town of Indianapolis, Indiana.

“(We) had a little girl’s weekend because it takes a long time for me to get home, so we were just like, ‘We’ll meet in the middle,’” Stauffer said.

She said her weekend with her mom was fun-filled and adventure-packed — they got dressed up and had tea at a fancy hotel, which Stauffer said they don’t do often.

While she spent her time shopping and relaxing last year, Stauffer said she was excited to go home and see her family as well as sneak in some appointments this time.

Stauffer said she was excited to be home, see her family and sleep in her own bed. Her younger brother turned 10 and she planned to get him a mini Marquette basketball hoop to hang on his door. She said she also hoped her older brother, who goes to school in Cincinnati, would be able to visit them.

After a few days into fall break, Stauffer said she was able to go hiking and even got to spend time with family over a few dinners.

For Stauffer, fall break was important because she’s been working hard for weeks. She said she thinks it’s important to see the people she loves and misses.

For those who live farther away, like Boston native Aidan Ross, a sophomore in the College of Arts & Sciences, this break was the perfect opportunity to travel internationally.

Ross and a friend of his decided to travel to Canada because they found cheap flights last summer.

For Ross, spending time in a city is his cup of tea. Going to high school in his hometown of Boston, he said he would consider himself a city dweller. Along with exploring, he said wanted to take a lot of photos because he enjoys photography.

“It’s nice to drop everything and get away for a little bit, come back and not have missed that much,” Ross said.

After a few days in Canada, Ross said he took a ferry to Centre Island, which is a short ride from downtown Toronto. He also biked and took the subway all over the city.

This fall break, Ross wasn’t the only one to get off campus and explore a city.

Simran Armstrong, a freshman in the College of Health Sciences, decided to stay in Milwaukee over the fall break weekend. She said her plans were to attend a film festival and explore the Third Ward.

Armstrong is from Green Bay, Wisconsin, and due to her family being out of town, she decided to take the weekend for herself. She also planned to find a spot on the bridge in the library or the Brew to catch up on biology notes.

Armstrong said this was a good weekend to take for herself, especially because she said she feels she is constantly surrounded by people. She said she thinks it’s good for the students to have some time to decompress.

“You can kind of recharge, get caught up and get prepared,” Armstrong said.