Homeless encampment under Marquette interchange to be evicted 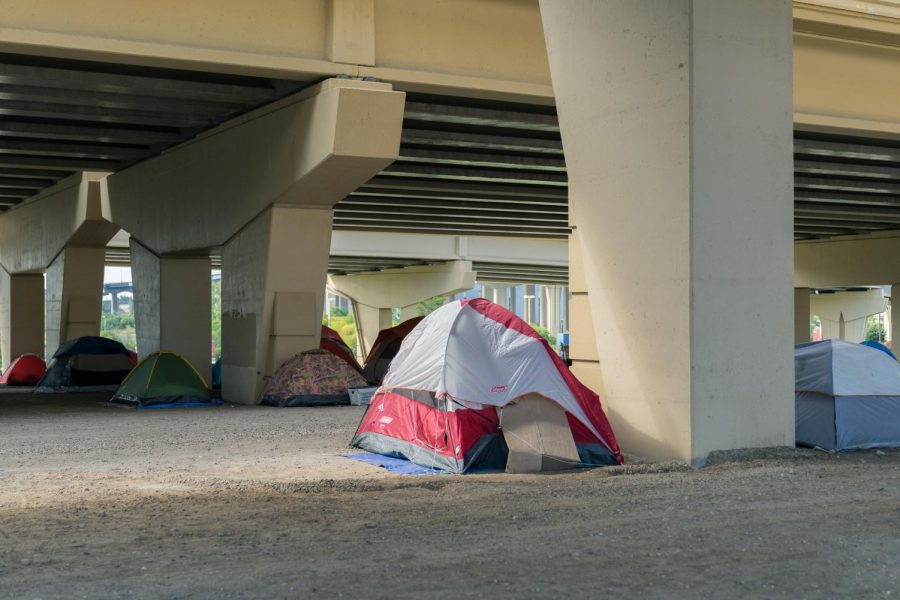 The homeless encampment commonly known as Tent City underneath the I-794 overpass was ordered to relocate by the Wisconsin Department of Transportation. The encampment, which now shelters between 80 and 90 people, was deemed unlawful under Wisconsin State Statute 86.025, which states that it is unlawful to camp on public highways or adjacent lands, according to an eviction notice issued Oct. 4.

“Our biggest concern first and foremost is inspecting and maintaining structures along that corridor,” spokesperson of the DOT Michael Pyritz said. “The DOT cannot do that if these structures are not accessible.”

The DOT is responsible for bridge inspections biannually. Given the location of the encampment, Pyritz said, using the necessary equipment for an inspection in the area would be difficult.

Pyritz also spoke of the timing of the eviction notice with respect to seasonal weather.

“As we start heading into the winter months, the rain and snow are coming,” Pyritz said. “We can expect to see a few subzero days in which case the situation is dangerous for those in the encampment.”

With regard to relocating its inhabitants, the DOT has partnered with the Milwaukee Housing Division to transition people from the encampment to several nearby shelters.

Assistant Director of Campus Ministry Griffin Knipp said he’d like to see “a transition that answers these individuals’ desire for housing and a safe space but one which also respects their dignity as well.”

Knipp is the coordinator of Midnight Run, a service program at Marquette devoted to helping and understanding those less fortunate with particular attention to hunger and homelessness.

“It’s also important to ask why these people are there to begin with,” Knipp said.

The poverty rate in Milwaukee is around 18%, notably higher than that of the state, which is about 11% according to data from a supplement of the 2016 Wisconsin Poverty Report. Of the estimated 5,000 homeless people in the state, a large portion lives in or around Milwaukee.

Alderman Bob Bauman of District 4, which encompasses the tent city encampment, pointed to the ample capacity in nearby shelters, including that of the Milwaukee Rescue Mission, the Guest House and the Salvation Army Emergency Lodge.

“The fact that many of these folks can easily find alternative housing but choose to live (in the encampment) raises a whole new sort of question that local government is still trying to answer,” Bauman said.

The alderman said he recognizes the prevalence of physical and mental disabilities within the homeless population but said he thinks many of the encampment’s inhabitants live there in pursuit of a relatively “lawless community,” which he described as “neither practical nor safe.”

Bauman also said the encampment is a matter of public safety. He said living conditions within the encampment — given the arrival of colder weather, drug activity and a lack of amenities like plumbing — are not suitable for its inhabitants.

Bauman said homeless encampments are not a new issue in Milwaukee but Tent City differs in one crucial way: visibility.

“Hundreds of people drive past the encampment every day, leading to greater media coverage and more independent aid,” Bauman said. “That aspect is entirely new.”

Inhabitants have until Oct. 31 to leave the encampment and find housing elsewhere while county officials and nonprofits are working to move the process along, Pyritz said.