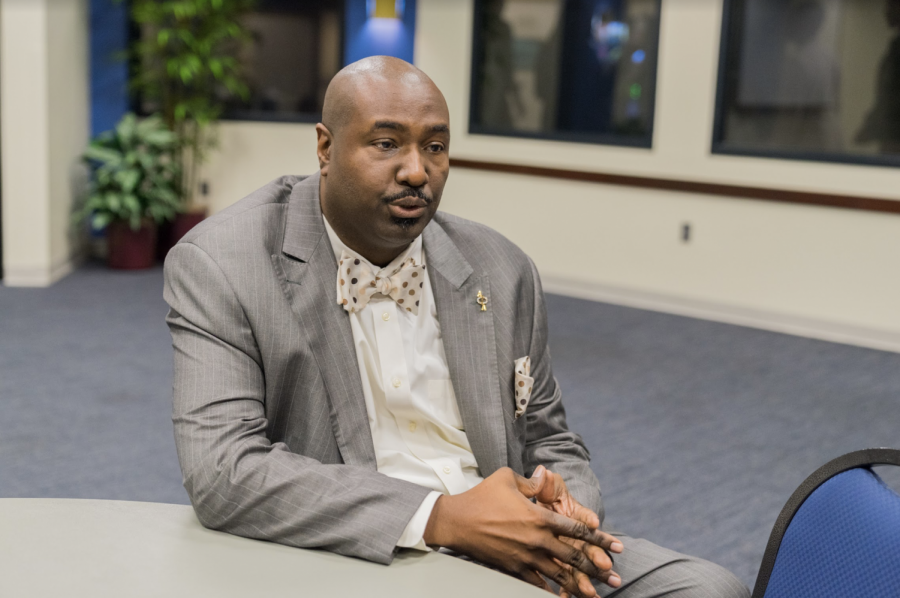 Marquette University had a record-breaking year for overall diversity, with individuals of color accounting for 25% of all students. Yet Marquette still remains less diverse than other Jesuit institutions such as Loyola University Chicago and Boston College. This development comes despite several initiatives launched by the Office of Undergraduate Admissions.

Waters also discussed the portrayal of black men in the media and its effect on the perception of black identity.

“When you hear about young black men on the news in Milwaukee, you don’t hear about the excellent research they’re doing or (the number of black men) being accepted into graduate school,” Waters said. “You hear about the negatives. unemployment, poverty, crime and things like that.”

Waters further explained the function of perception as it relates to the Black Male Appreciation Dinner.

Waters said, “This event … takes the broad step in changing that media narrative and celebrating the more positive aspects that black men are bringing not only to Milwaukee but also to the Marquette community.”

Women’s Innovation Network Coordinator, Sasha Parsons-Waters, was also in attendance. Parsons-Waters elaborated on her organization’s role as a co-sponsor for the event.

“The Women’s Innovation Network is an initiative on campus that targets not only women but underrepresented groups (including) people of color, first-generation college students, and the LGBTQ community,” Parsons-Waters said. “I attended the Black Male Appreciation Dinner as a guest in 2017 and thought it was a phenomenal idea so I asked to be a sponsor in 2018 and 2019 as well.”

Parsons-Waters discussed the role of representation among minority groups as well.

“Being part of an under-represented group can be a very isolating feeling,” Parsons-Waters said. “At times, you feel alone or misunderstood. There’s  a lot of power in surrounding yourself with like individuals which is exactly what this event does.”

Since 2017, the event has grown greatly in size and importance. What started as a small lunch is now a lively formal dinner. This year’s agenda included networking opportunities, a music performance, several guest speakers and a variety of table discussions.

Simon Howard, a second-year guest of the dinner and an assistant professor of psychology in the College of Arts & Sciences, spoke of the significance of the Black Male Appreciation Dinner on campus.

“The importance of these types of events is to show appreciation and affirm black identity,” Howard said. “There is a large body of literature which reveals that when stigmatized individuals particularly black men and women have spaces made for them, they are more likely to be happy with and stay at (predominately white) institutions.”