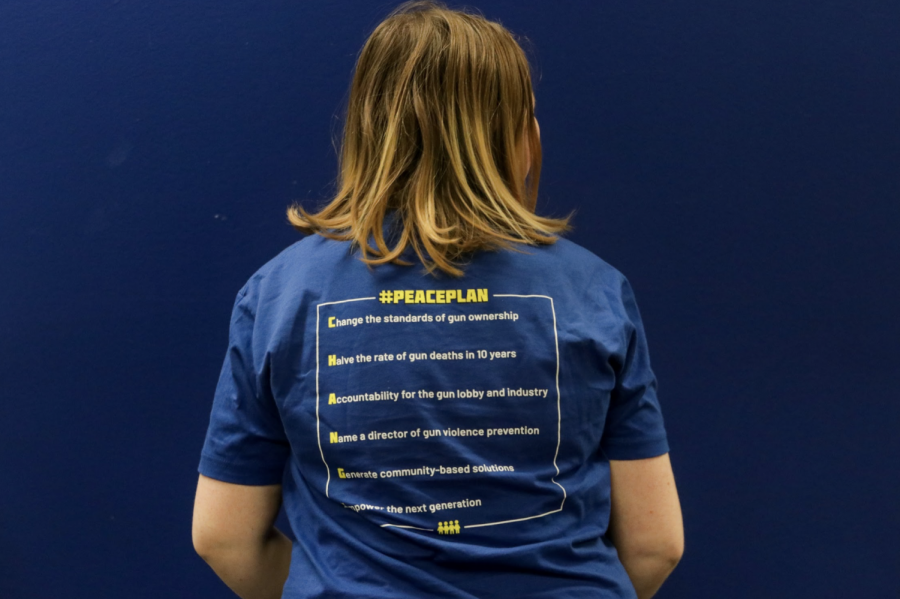 Young people across the country have formed local chapters of March for Our Lives, and students at Marquette University have proven no different.

Linnea Stanton, a junior in the College of Arts & Sciences, said she started March for Our Lives Marquette this year with the hope of increasing student activism in order to effect policy changes.

Stanton also served as a regional director for the national March For Our Lives organization, overseeing chapters in the Midwest region, managing their workings and ensuring communication with the national team. Her involvement in the organization started earlier, however.

Stanton organized the March for Our Lives event in Milwaukee — a local version of the larger movement in Washington, D.C. — in March 2018 following the shooting in Parkland, Florida. There were approximately 800 sister marches across the nation, Stanton said.

“During the summer and into the fall (of 2018), I started March for Our Lives Milwaukee, and I helped organize a bunch of events,” Stanton said.

The next step for Stanton was to start a local chapter of the national organization about which she said she was so passionate. She said she sees Marquette’s new organization as an avenue for people to participate in politics and advocacy because she believes college students typically do not go out of their way to enact change.

According to the national March for Our Lives website, the organization’s mission is “to harness the power of young people across the country to fight for sensible gun violence prevention policies that save lives.”

Although the organization began after the tragedy in Parkland, school shootings have been a tangible threat for many of society’s younger members for years.

On April 20, 1999, 17-year-old Dylan Klebold and 18-year-old Eric Harris opened fire on students at Columbine High School in Littleton, Colorado, killing 12 students and one teacher and injuring 21 other people.

Born in the same year of the Columbine shooting, Stanton said she feels a personal connection to and responsibility toward activism against gun violence.

Between 2000 and 2019, there have been 769 shootings at K-12 schools in the United States, according to the Center for Homeland Defense and Security at the Naval Postgraduate School.

“For a lot of people my age, college age or younger, we’ve always lived in a world where school shootings are a looming present fear that I think a lot of people can relate to,” Stanton said. “This has been accepted as a norm, and that’s not something we should have to deal with.”

“We’re being called the lockdown organization, and we shouldn’t be,” Lily Dysart, a junior in the College of Arts & Sciences, said. “Our government officials aren’t taking (gun violence) as seriously as they should.”

Stanton said March for Our Lives is multifaceted. It is primarily student-led and helps recognize the power of individuals through action and open conversation.

“We get to decide what we want to do to see change in our country,” Stanton said. “Registering people to vote and getting people educated about getting ready to vote is one of the ways we can make a difference.”

However, Stanton said the organization has faced opposition by people unaware of its intentions.

“There are a ton of people who are ultimately uninformed about gun violence or think the club is anti-Second Amendment,” Stanton said. “But we want to have real and honest conversations about what we’re trying to do and how to prevent gun violence.”

Student efforts to promote voting have proven effective, with the youth voter turnout in the 2018 midterm elections reaching new heights.

According to the United States Census Bureau, “Among 18 to 29-year-olds, voter turnout went from 20 percent in 2014 to 36 percent in 2018, the largest percentage point increase for any age group — a 79 percent jump.”

Jake Hanauer, a junior in the College of Arts & Sciences, said he believes youth activism is essential for future change.

“We’re the future generation,” Hanauer said. “We have to set the world up for us because we’ve inherited so many problems and societal norms from previous generations that we have to deal with. We’re the generation for change.”

Many young people around the country and around the world have felt empowered to fight for change, feeling they are the future and must act accordingly, Dysart said.

Stanton hopes March for Our Lives Marquette will serve as a platform for student voices that can be the difference, as Marquette’s motto states.

“We’re just sitting here,” Hanauer said. “We’re not implementing any policies. We’re not doing anything to stop it. We have to stop whining and actually do something.”