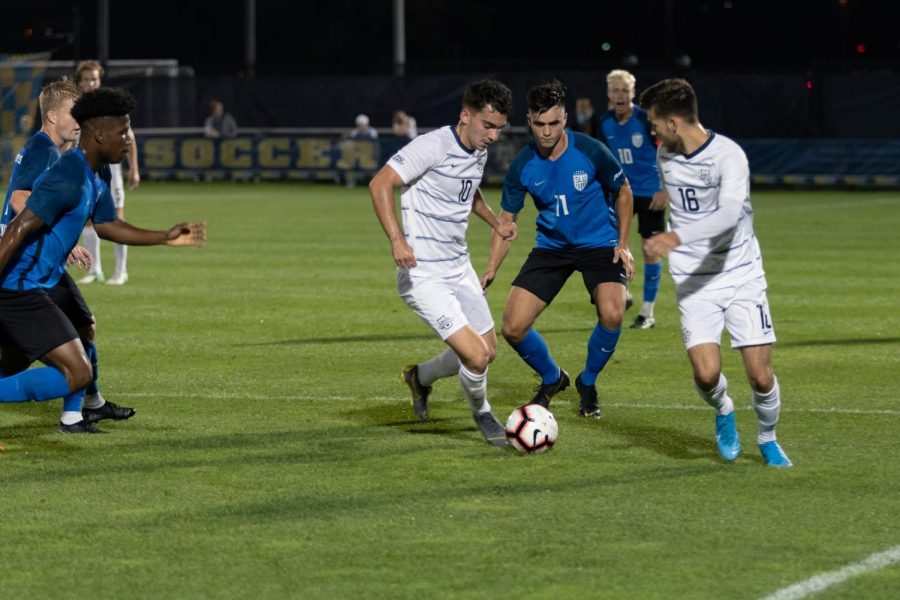 Senior captain Luka Prpa played in 63 minutes and scored his first goal of the season Tuesday night against Saint Louis.

The Marquette Golden Eagles lost 6-2 against the Saint Louis Billikens Tuesday night at Valley Fields. The Golden Eagles are 4-4-1 on the season after the loss.

“Obviously (we’re) really disappointed,” head coach Louis Bennett said. “Congratulations to Saint Louis, they were at their best and we showed spells of our worst.”

Senior forward Josh Coan started the game with the first goal of the match in the seventh minute.

The Billikens followed it with three unanswered goals to take a 3-1 lead.

“I thought they were exceptional on the break, controlled a lot of the play especially in transition,” Bennett said.

Luka Prpa then scored his first goal of the season to cut the Billikens’ lead to 5-2 before the Golden Eagles allowed another goal in the 85th minute. The loss comes after Marquette won consecutive games on the road.

The Golden Eagles will look to bounce back against St. John’s at Valley Fields Friday.

“We’ll look at St. Johns and we’ll go off the front foot,” Bennett said. “We’ll deal with this loss within 24 hours and then the next 48 hours we’ll work on St. Johns.”