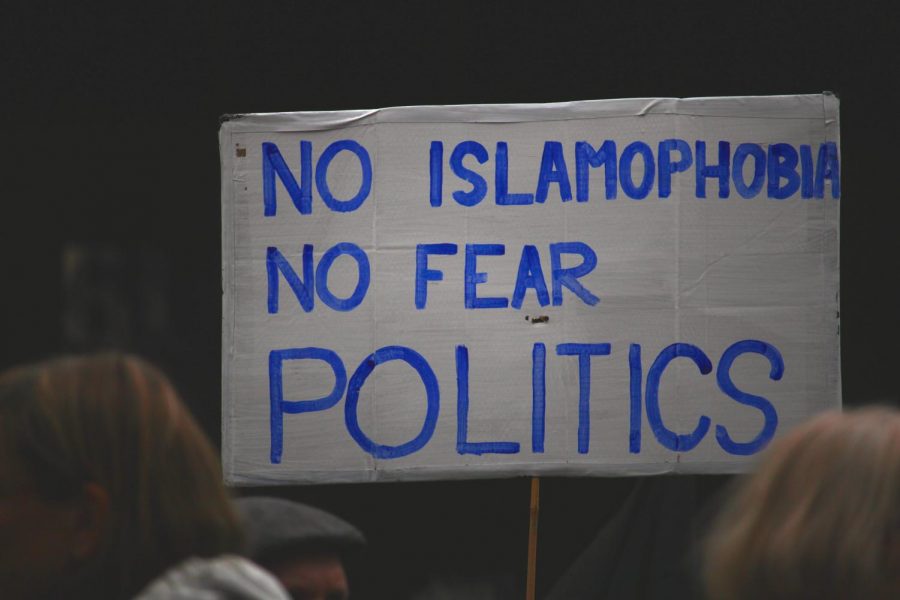 After the 2016 election, 66% of Muslim Americans identified as Democrats. Despite this large percentage, Democratic candidates are ignoring Muslim voters and ongoing Islamophobia in the United States.

Islamophobia is the practice of supporting and promoting the irrational fear, prejudice and hate of Muslims and Islam. This network consists of eight donors, such as Donors Capital Fund and Scaife Foundations, that have contributed $57 million to promoting Islamophobia through politicians, religious right leaders, grassroots and media.

Bernie Sanders and Julián Castro were the only two candidates to attend the Islamic Society of North America convention in early September. The conference itself is devoted to connecting and creating opportunities for Muslim Americans. With around 30,000 attendees, it is an integral stop during a candidate’s campaign.

By missing the ISNA convention, the other Democratic candidates failed to give attendees the opportunity to communicate their concerns  to the presidential candidates.

In addition to failing Muslim voters by skipping the ISNA convention, candidates haven’t sufficiently discussed nor acknowledged Islamophobia in the U.S. as a pressing social epidemic. In the first two Democratic debates, the Muslim ban was discussed in under two minutes, shortchanging one of the most catastrophic, negligent aspects of Trump’s presidency.

Candidates must also acknowledge Islamophobia existing in forms besides the Muslim Ban, especially in white nationalist hate crimes against Muslims, mosques and anti-Muslim hate speech, which are a regular occurrence in U.S. society.

Donald Trump’s campaign for office from 2015 to 2016 was characterized by anti-Muslim rhetoric, tweets and support from the public. Muslim Americans became six to nine times more likely to experience hate crimes in 2015 than 2014.

Candidates must address the expansion of Islamophobia into the U.S. government, but it is not isolated to the Trump administration. Islamophobia is something that has characterized the U.S. on a governmental and social level since well before Trump’s time in office.

An example of anti-Muslim bias in a pre-Trump America is the detainment of thousands of Muslim and Arab Americans just over a month after the September 11 attacks, with only 10 to 15 of them being suspected as Al Qaeda sympathizers at the time.

Islamophobia existed in a pre-Trump nation, and it will continue to exist post-Trump, especially on a government level; therefore, Democratic candidates must prioritize creating a method to break down this country’s Islamophobic network in their possible presidency. It has defined America too long to not be explicitly acknowledged by each candidate.

Though candidates do not have control over what questions are asked or how much time is allotted to each question, it is their responsibility as a prospective president to address the concerns of every American, especially those who have suffered before and during the Trump administration.

Furthermore, the Commission on Presidential Debates’ process in deciding questions is heavily influenced by the media. The issue with this method is that it does not consider that many news organizations have inconsistent and often discrediting coverage of Muslims.

For example, anti-Muslim attacks receive inadequate coverage from the media, and Muslims are actually the most negatively portrayed religious minority in U.S. media, according to the Media Portrayals of Minorities Project.

Therefore, the topic of hate crimes on Muslims specifically may not seem “popular” enough to discuss.

Candidates need to recognize media’s ignorance in coverage of anti-Muslim hate speech and hate crimes. Moreover, a campaign expands beyond the time of debate through interviews, social outreach and social media. Candidates don’t need to be explicitly asked about Islamophobia in order to confront it.

More than anything, candidates should prioritize tackling the Islamophobic nature of the U.S. It is an injustice that has been normalized to the point where non-Muslim citizens, politicians and leaders comfortably pretend it does not exist, despite the immense and seemingly obvious financial support that fuels the network. It is not unique to Trump’s administration — it has always existed and will continue to persist unless candidates explicitly address the network and its affiliation with American legislation, law enforcement and culture.